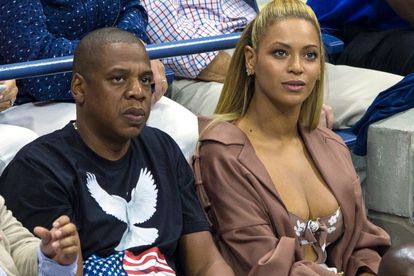 Jay-Z loves working with his wife Beyoncé because she is “super detail-orientated” and “inspiring”.

The power couple have collaborated musically, toured together, and, most recently, joined forces for Tiffany & Co’s About Love campaign.

And the 51-year-old music mogul has revealed why it’s so easy to work with his “super talented” spouse.

Speaking in a rare interview with Entertainment Tonight at the 18th anniversary of his 40/40 Club in New York City on Saturday night 28 August, the 99 Problems hitmaker gushed:

“She’s super detail-oriented, obviously, as you can see from her work. She’s an incredibly hard worker, super talented, very inspiring.”

The star-studded bash was also attended by the likes of Megan Thee Stallion – who is signed to Jay-Z’s Roc Nation label – Swizz Beatz and Busta Rhymes, to name a few.

The high-profile duo’s romance is the centre of the ad for the luxury jewellery brand, which launches on 2 September.

In a statement, the Crazy in Love pair said:

“Love is the diamond that the jewellery and art decorate.”

The Destiny’s Child star and her other half — who have Blue Ivy, nine, and four-year-old twins Rumi and Sir together — have also created a dazzling film for the brand filmed by Jay-Z on a Super 8 camera, which arrives on 15 September.

Beyoncé and the Tiffany Yellow Diamond

Soundtracked to Beyoncé’s version of Moon River, originally performed by the late Hollywood icon Audrey Hepburn in the 1961 movie Breakfast at Tiffany’s, in which her character, Holly Golightly, is obsessed with their jewellery, the short was shot at the breathtaking Orum House in Los Angeles.

In the clip, Beyoncé, 39, is wearing the stunning Tiffany Yellow Diamond – one of the largest yellow diamonds ever discovered – which has only been worn a handful of times.

Hepburn wowed in the rare diamond in promo snaps for Breakfast At Tiffany’s, while Lady Gaga borrowed it for the Oscars in 2019, and Gal Gadot’s character, Linnet Ridgeway-Doyle, wears a replica in the upcoming mystery thriller movie, Death on the Nile.

Meanwhile, Tiffany’s has agreed to donate $2 million to black colleges and universities in the US for scholarships and internships.