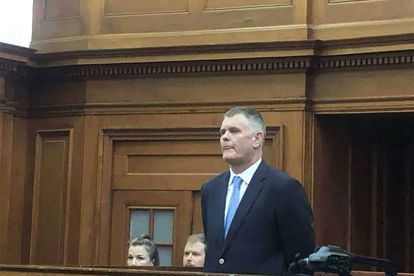 On Tuesday 2 July convicted murderer Jason Rohde was granted leave to appeal his conviction and sentence at the Supreme Court of Appeal. It was in November of last year that Jason was found guilty for killing his wife, Susan. He was sentenced to 20 years in prison for the murder.

This will be Jason’s second appeal since he was convicted. It was in April this year that he first appealed his conviction at the Western Cape High Court. In an IOL report, Judge Gayaat Salie-Hlophe stated in April that Rhodes had only repeated the same arguments in his trial.

“I am of the view that the applicant has not satisfied this court that he has a reasonable chance of success.”

The murder of Susan Rohde

The body of Susan Rohde was found on 24 July 2016. She was found hanging from a bathroom hook in room 221 at the Spier Wine Estate in Stellenbosch. She was found by a maintenance worker named Desmond Daniels.

In his testimony, Daniels said that almost an hour after he began his shift that morning he received a call about a bathroom door that wouldn’t open. Daniels then used a screwdriver to open the door.

Daniels stated that Jason had asked him to help remove the cord from Susan’s neck. He also claimed that he then called the estate control room to notify the police and ambulance.

At first, it was believed that Susan took her own life. However, further investigation into the case led the police to believe that Jason had murdered his wife. Consequently, he was charged with the murder of Susan.

The trial lasted for almost two years at the Western Cape High Court. Throughout his trial, Jason maintained that he was innocent. He admitted to having an affair which he claimed was the cause of his late wife’s depression and apparent suicide.

“My conduct ripped my family apart. It has devastated my family and I know, if it wasn’t for my disgusting behaviour, Susan would still be alive today.”

During the trial, Jason claimed that the night before Susan’s death he had told her that he wanted a divorce.

Later during the trial, there were contradicting reports from pathologists from both the defence and prosecutors side. The State pathologist claimed that there were injuries on Susan’s ribs and chest which were the result of a physical altercation.

The state pathologist had also concluded that Susan had been smothered with a pillow.

During the trial, Prosecutor Louis van Niekerk had accused Jason of lying about how he had found his wife’s body. Van Niekerk added that Jason’s testimony was completely different from that of Daniels.

The state believed that Jason had killed his wife in an argument and staged the scene to look like a suicide.

Jason continued to deny this during his trial.

In November 2018, the Western Cape High Court with Judge Salie-Hlophe presiding handed down judgement on the former luxury estate tycoon, Jason. He was found guilty for the murder of his wife and sentenced to 20 years in prison.