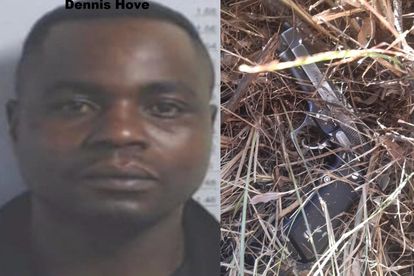 Three out of four escapees were rearrested on Friday in Limpopo. The four suspects were being transported to Polokwane Correctional Centre on Wednesday, 21 July, when they managed to escape from a police vehicle.

The South African Police Service (SAPS) said a pair of hijackings on the N1 after the escape helped the police locate the suspects. One of the men, Dennis Hove, remains at large.

The suspects Figos Madisha, Clifford Mutonhori, John Fine and Dennis Hove – who is still being searched for – face several charges related to armed robberies and possession of illegal firearms. The majority of their crimes were committed along the N1 road, where they targeted motorists in Belabela, Modimolle, Mookgopong and Mokopane.

Ironically, hijackings committed on the very same road led to their arrest. The police said two truck hijackings took place along the N1 on two consecutive days after their escape. The first one was reported on Thursday night next to the area where they escaped the police vehicle and the second one on Friday at Nyl Plaza led was their downfall.

“Four suspects fitting the description of the ones who earlier escaped from the police van along the R101 road south of Polokwane, allegedly hijacked a truck and later abandoned it at Ysyerberg on the N1 road,” said police spokesperson Brigadier Motlafela Mojapelo.

“The same suspects allegedly hijacked another truck the next day at Nyl Plaza toll gate and drove it towards Modimolle with the victims inside,” added Mojapelo.

The suspects reportedly drove the truck into one of the barricades at the Kranskop tollgate, jumped out, and ran into the bushes.

With a definite location, the police activated a search operation involving several units including the Limpopo Highway Patrol, SAPS Airwing and trackers from the Heritage Protection Group (HPG) to name a few. Private pilots and community members also helped track down the suspects.

Mojapelo said one of the suspects allegedly shot at the police when he was spotted, officers returned fire and found the injured suspect on top of a tree. “He was immediately arrested. The other two suspects were arrested in the vicinity.”

A weapon stolen from the police when the suspects escaped was recovered in the bushes. The suspects were due for sentencing in the Mokopane Regional Court on Friday, 23 July before their escape.

“We commend all role players who participated in this operation led to the apprehension of these criminals and also thank community members for their continued support,” said provincial police commissioner Lieutenant General Hadebe.