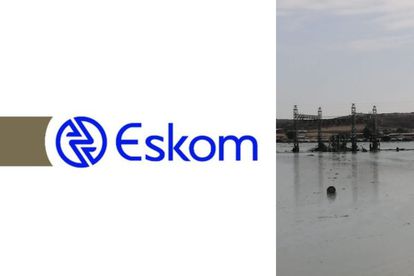 Following the mudslide in Jagersfontein, Eskom says it cannot estimate when the electricity supply will be restored. Photo: @Eskom_SA / Twitter

Following the mudslide in Jagersfontein, Eskom says it cannot estimate when the electricity supply will be restored. Photo: @Eskom_SA / Twitter

Power utility Eskom says it is currently working on restoring electricity to the residents of Jagersfontein and communities that are impacted.

The Rietkuil Substation was engulfed in mud

Eskom lost bulk supply to Centlec, the electricity distributor responsible for Jagersfontein town and township. Earlier today, the wall of a mining dam burst in the area causing the flooding by mud from the dam.

The Rietkuil Substation was engulfed in mud resulting in the total loss of bulk supply to Centlec.

Spokesperson for Eskom Stefanie Jansen Van Rensburg says the current situation in Jagersfontein has made accessibility of the substation difficult. Van Rensburg stated that it is currently impossible to estimate when the electricity supply will be restored or to determine the extent of the damage.

“Due to the current situation in the Jagersfontein area it is impossible to estimate when supply will be restored or to determine the extent of the damage,” said Van Rensburg.

Van Rensburg noted that Eskom’s telecommunication system is also impacted and the effect on the surrounding networks remains unclear. Van Rensburg urged all electricity users to treat every electrical line, socket and appliance as live and dangerous.

Earlier, it was reported that the tragic mudslide due to a mine dam burst has damaged Eskom’s bulk supply, leaving the area of Jagersfontein with no power. The tragic event that took place in the Free State town has left Eskom losing its bulk supply in Centlec. Centlec is the electricity distributor responsible for Jagersfontein town and township.

Four Eskom customers in the Fauresmith-Spitskop feeder, three customers on the Pompie-Rietkuil feeder and the Jagersfontein Mine are without supply.

Spokesperson Sikonathi Mantshantsha said the power utility aims to restore power supply to the mine before the end of Sunday. The flooding has caused a mudslide in the area. Emergency Services and other services have responded to the mudslide incident. Read the full story here.