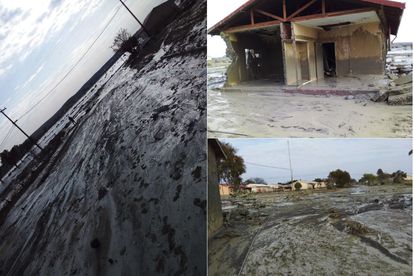 Mineworkers claim their warnings about a crack on the mine dam wall fell on deaf ears the night before the Jagersfontein disaster. Photo: Paramedics, SAPS and Firefighters South Africa / Facebook

Mineworkers claim their warnings about a crack on the mine dam wall fell on deaf ears the night before the Jagersfontein disaster. Photo: Paramedics, SAPS and Firefighters South Africa / Facebook

Reports have revealed that mineworkers who worked the night before the Jagersfontein disaster claimed they informed management of a crack on the mine dam wall.

The mineworkers told NUM representatives that their warnings were ignored

It’s been reported that the mineworkers told representatives of the National Union of Mineworkers (NUM) that management had apparently ignored the warnings provided about the crack, reports SABC News.

National Health and Safety Secretary for NUM Masibulele Naki says answers from Labour Department inspectors are needed. Naki spoke about there being a lot of hazards and risks that mine bosses don’t take care of.

“They were supposed to take out the sand so that the dam itself becomes strong. Because you can’t close mud with sand. At a particular point even when its raining, these workers are telling us that the wall is coming down, they were always indicating such things. There are lot of hazards and risk that were not taken care of by the mine bosses, what they care for is profit,” Naki said.

164 houses were damaged in the mine dam disaster

The Free State Government recently revealed that 164 houses were damaged following the burst of the Jagersfontein mine dam.

Spokesperson for the provincial Government Palesa Chubisi stated that they have identified four sites to erect temporary structures. She explained that samples of the sludge have also been collected and taken for tests.

Meanwhile, it was reported that one of the wealthiest men in the country has been blamed for the Jagersfontein dam disaster, which has left four people dead and a reported 70 others injured. A wall of the dam burst last week Sunday and houses and vehicles were swept away.

At least 300 people in the mining town have since been displaced, prompting government intervention. There have since been growing calls for the owners of the mine dam to be held accountable.

It was previously owned by Rupert’s Reinet Investments, but the company sold Jagersfontein assets to Stargems Holdings, a global diamond cutting, and polishing company. Read the full story here.