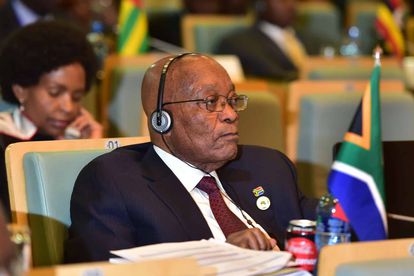 When you’ve dealt in as many backhanders as Jacob Zuma has, there’s always a chance you’ll get mixed up in something crazy. Msholozi has found himself the subject of rife speculation since the weekend, where it was reported he had a hand in hiding Muammar Gaddafi’s missing millions.

The Sunday Times claimed that the King of Eswatini is currently in possession of $30 million that the former Libyan dictator had expropriated from the state, in order to pay for any potential legal fees just months before his death.

King Mswati is reported to have told Cyril Ramaphosa that he was given the funds after they were initially stored in a bunker at Nkandla – one that even ex-Public Protector Thuli Madonsela was denied access to.

How the US could get involved

Given that Jacob Zuma is accused of handling misappropriated funds in the American currency, any proof of wrongdoing could see the US authorities call for an investigation – they are legally mandated to investigate any crime in the world if it involves the illicit transfer of US$.

However, it seems JZ isn’t too perturbed by these claims. He’s taken to his Twitter account to deny any sort of treachery and has a very different version of events to the media. Zuma claims that King Mswati “knows nothing” about the sum of money, and suggests that the newspaper article is the first he’s heard about keeping the cash:

Sigh! I owe millions in legal fees… I’ve asked you to assist with that one title deed in order for me to sell that house. I now hear that I have been keeping money belonging to my late brother Gaddafi. Where’s this money because His Majesty knows nothing about it? https://t.co/HputtXav1f

Eyebrows have also been raised by the friendly term he used to describe the despot. Jacob Zuma openly called Gaddafi his “brother” in the Twitter post, despite the deceased leader ruling with an iron fist for three decades.

Msholozi’s adventures continue to dominate the headlines, long after he has left the world of politics. His next public appearance is scheduled for 20 May, when his corruption trial resumes in Pietermaritzburg. The court will deliberate whether they can go ahead and prosecute the former president.

STAGE 8 – OH NO! What it means for the whole of South Africa