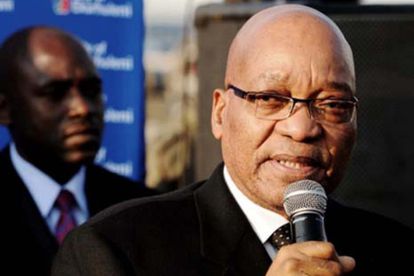 Former president Jacob Zuma’s request to have Advocate Billy Downer removed has been dismissed by the Supreme Court of Appeal (SCA). The court reportedly felt as though Zuma’s application had no prospects of success.

In 2021, the Pietermaritzburg High Court ruled that Downer would continue with Zuma’s prosecution. Zuma then requested leave to appeal Judge Piet Koen but this was also dismissed.

Msholozi made claims that Down leaked important information about him. He further argued that Downer would not deliver a fair trial against him and therefore wants him removed. The National Prosecuting Authority (NPA), according to eNCA, is looking forward to resuming Zuma’s case on 11 April 2022.

Why did Zuma approach the SCA?

Zuma’s lawyers submitted papers to the SCA to challenge the Pietermaritzburg High Court’s judgement. Mzwanele Manyi, the spokesperson for the Jacob Zuma Foundation, previously stated that a petition against the removal of Downer as the prosecutor was lodged at the SCA.

Zuma has claimed that the important information Downer allegedly leaked was that of his medical records. JZ alleged that the records were leaked to a journalist.

French arms company Thales along with the former president are facing charges of corruption, fraud and money laundering and racketeering. The charges are with regard to a multibillion-rand arms deal.

Why NPA opting out of explaining opposition spells trouble

It appears as if former president Jacob Zuma’s ‘special plea’ application has failed to earn much attention from the National Prosecuting Authority (NPA).  The embattled politician has attempted to challenge the dismissal of his application relating to corruption charges in the Supreme Court of Appeal.

For the first time in the lengthy legal battle, the State has opted not to file papers explaining why it opposes Zuma’s latest appeal effort. Effectively, this will fast-track the Appeal Court’s decision on the matter. JZ has asked the court for the right to challenge the dismissal of his ‘special plea’ application. The ex-president had attempted to remove prosecutor Billy Downer due to alleged bias and misconduct.

The State’s call to not file any explanation as to why it will oppose Zuma’s application could be viewed as a massive sign that it believes the ex-president has little hope of winning his case. Read the full story here.