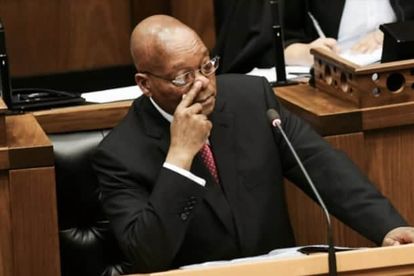 It looks like former president Jacob Zuma will have his say in the National Assembly. This is according to Times Live, who claim to have seen the ANC’s full nominations list.

In the list, Zuma’s name allegedly sits at number 74 of 833 members, something that has sparked outrage in the country’s political corridors.

In September, the ANC branches began the process of nominating MPs and MPLs who will represent the banner of the political party at the National Assembly and provincial legislatures after the 2019 general elections.

Zuma first appeared on a leaked nominations list that came out of the Free State constituency three months ago. In it, he was cast as the number one candidate, something that did not make sense, since he was no longer the president of the party.

Naturally, President Cyril Ramaphosa would be the first on the list, as he is the party’s presidential candidate. However, according to that list Zuma was identified as the number one candidate.

Of course, the news was rubbished by the leadership of the ANC and the idea of Zuma ever returning to parliament was cast as a sick joke. Well, three months later and it seems a lot more real than ever.

According to Amil Umraw, the author of the Times Live article, there are sources who have verified the authenticity of the list. Although it has been stated that the list has yet to be consolidated, it still stands as a shocking realisation that Zuma is still very much popular within the party’s branches.

According to the publication, the names are listed based on the number of votes each candidate has received, and Zuma is ranked below Minister of Public Enterprises, Pravin Gordhan.

Zuma still has to accept the nomination before anything is set in stone. However, it looks more than likely that Msholozi will see his day in the National Assembly as an ANC MP should the party bag the 2019 general elections.