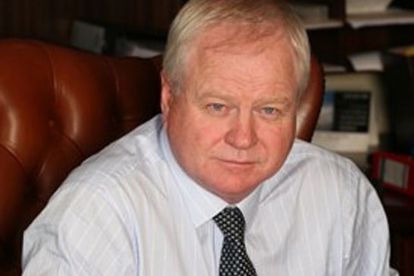 The Jacob Zuma lawyers, who are they and will they be able to save his skin yet again? Well, with brand new hirees now covering the former president, Zuma is definitely taking some sort of risk. The most obvious part? Expect every delaying tactic in the book.

Jacob Zuma lawyers: Mr Nkandla says out with the old

At the start of June, we looked at everything about Zuma’s two long-time legal servants. We even asked the question of “who was” and “who would” be paying them. Fast forward less than two months and the former president has fired both of those men.

Kemp J Kemp was the first to go after concerns started circulating that Zuma was struggling to pay his massive legal fees. Since then, the deal that Zuma made with Thabo Mbeki and the State Attorney has been confirmed to remain in place until a case brought by opposition parties can be heard.

Unsurprisingly, the DA and EFF want the court to compel government not to stick to the previous deal.

Kemp J Kemp proved his ability when he obtained the biggest victory of Jacob Zuma’s career – Having him acquitted during the infamous rape trial. 27 months later, he managed to have the court declare the NPA’s “arms deal” decision to charge Zuma invalid.

Zuma’s second old-guard lawyer, Michael Hulley made his last appearance for Zuma during his 8 June hearing.

Zuma Lawyers: In with the Dodgy and dodgier

Mantsha is a well known Gupta associate and was heavily implicated in many of the #GuptaLeaks emails that emerged in 2017. The emails showed how he contacted the Gupta family when making decisions at Denel.

Mantsha has also previously been struck off the Northern Cape province’s roll of attorneys. He was accused of unprofessional conduct together with misappropriation of funds.

In 2007, Judge Brian Southwood found that Mantsha was not a “fit and proper” person to continue practising as an attorney. The judge even explained that the “public must be protected from him”.

He was later found to be fit and proper and was eventually readmitted.

In December 2017, Denel required a government guarantee in order to pay workers and suppliers.

Roughly a week after appointing Mantsha, Zuma announced that he had also appointed the same man who represents his son to help him win his case. Senior Council Mike Hellens will now act for Zuma at his July court date.

Hellens will now have to juggle between Duduzane Zuma’s culpable homicide trial and Jacob’s corruption trial.

Zuma’s son is facing culpable homicide charges after he crashed his Porsche into the back of a taxi, killing two women.

In November 2017, investigative journalist Jacques Pauw got Hellens to admit that he had taken a bag of money as a “gift” from controversial cigarette smuggler Adriano Mazzotti.

As a result, the Johannesburg Bar Council found last year that Hellens had breached its rules by not asking for permission to accept Mazzotti’s “gift” and reprimanded him.

“I declined to accept it. He insisted, saying how grateful they were to me. After some further remonstration back and forth, he said: ‘Mike, just open your boot.’ I did so. When I got home, I confirmed it contained R500 000,” said Hellens.

Either way, Zuma has somehow managed to hire people with track records almost as dodgy as his. Delightful stuff.