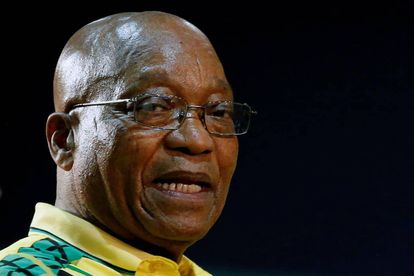 The Jacob Zuma Foundation slammed the ruling on former president Jacob Zuma’s bid to stay prison as ‘purely academic’ because ‘Zuma was sentenced without a trial’. The High Court in Pietermaritzburg dismissed Zuma’s legal bid to avoid going to prison to serve his contempt of court sentence, on Friday, 9 July 2021.

Msholozi was sentenced to 15 months in prison by the Constitutional Court. After a week of chaos and threats of unrest and instability by his supporters and MKMVA soldiers, Zuma finally handed himself over to authorities. Friday marks two days since he bag serving his sentence at the Estcourt Correctional Centre in KwaZulu-Natal.

Zuma’s application was dismissed with costs and he will remain in jail.

“The intention of approaching the High Court in PMB on urgent basis was to prevent the incarceration of Prez Zuma even for 1 day. As we speak President Zuma has already spent two nights in Jail without a trial. So the High Court ruling today was purely academic,” the Jacob Zuma Foundation wrote reacting to the news.

Several videos and pictures have surfaced on social media where protestors blockaded the roads in various parts of KZN. These protests are allegedly by the former president’s supporters which want him to be set free hence #FreeJacobZuma and #KZNshutdown on Twitter.

Jacob Zuma’s daughter said these protests are by his father’s supporters.

KwaZulu-Natal police spokesperson, Colonel Thembeka Mbele said the current riots in the province were related to “service delivery protests”. However, she said police had been deployed to Nkandla.

“We can confirm that there is a protest action in the King Cetswayo district, the N2 road is closed due protestors burning tyres and trucks blocking the road. There are no reports of any arrests. Within Durban there are currently only service delivery protests in the Umzinyathi, Nqutu and Ntuzuma areas.

“There has been a deployment of Police to Nkandla area. Within Durban there are currently only service delivery protests in the Umzinyathi, Nqutu and Ntuzuma areas.”