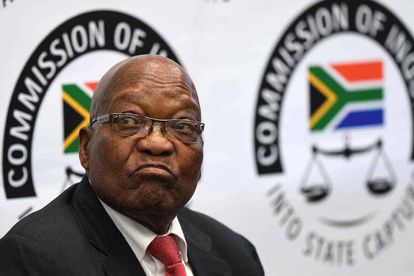 Judge Bhekisisa Mnguni’s dismissal  of incarcerated former President Jacob Zuma’s last-gasp attempt to prevent his arrest on Friday is equally dismissive in tone as it is as a legal ruling.

In her judgement, Mnguni said that the arguments laboriously outlined by Zuma’s attorney Dali Mpofu on Tuesday are “grounded on an unsound rationale” and resolved that the Pietermaritzburg High Court has no grounds to grant Zuma any relief as he spends his second day behind bars.

Mnguni said in her judgment that ultimately, the High Court has no jurisdiction to suspend the Constitutional Court order to arrest Zuma and condemn him to 15-months direct imprisonment for contempt.

“As I see it, the fundamental tenet that lies at the heart of this application is whether this court (as a high court) has jurisdiction to suspend the execution of a specific order of the Constitutional Court” she said.

“All laws now have to be interpreted in consonance with the Constitution, and those that are contrary to the provisions of the Constitution and the Bill of Rights are to be declared invalid and of no force and effect,” she said.

Mnguni said that several of Mpofu’s contentions relating to why Zuma should not be arrested were frivolous, citing the urgency of the application and the arguments relating to Zuma’s supposedly poor health as insufficient to sway the court in his favour.

“The balance of convenience does not favour the granting of the interim interdict as it would be harmful to the rule of law and our Constitution, as this court will permit Mr Zuma to disregard the courts and their authority.”

“Finally, as of now, Mr Zuma’s concerns about his health are not supported by any evidence. This court is thus not in a position to determine the nature of the harm, and to what extent it might be irreparable.”

Zuma to remain behind bars

Ultimately, Mnguni said that with these considerations in mind, the remainder of Zuma and Mpofu’s case lack any semblance of credibility.

“Unsurprisingly, faced with this seemingly insuperable difficulty in relation to the invocation of the incorrect and unprecedented procedure, the rest of Mr Zuma’s case then collapses like a deck of cards,” she said.

The Court ruled to dismiss the application outright, and ordered Zuma to pay costs. This means that Zuma will remain behind bars as prescribed, at least until the Constitutional Court hands down it’s ruling on the rescission application on Monday.