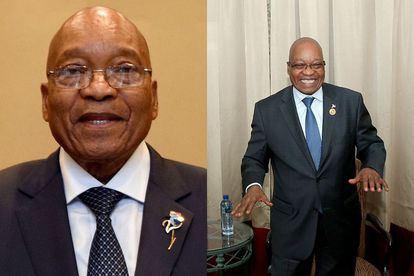 Former President Jacob Zuma must prove his health was in dire straits, justifying his medical parole. The legal battle will continue in the SCA in August. Photos: Flickr and Twitter

Former President Jacob Zuma must prove his health was in dire straits, justifying his medical parole. The legal battle will continue in the SCA in August. Photos: Flickr and Twitter

The ongoing legal marathon between former President Jacob Zuma and his detractors will appear in the Supreme Court of Appeal (SCA) on 15 August.

The former statesman and his legal team were informed on Wednesday by the SCA that they along with the rest of the appellants and respondents need to be ready to appear on 15 March.

However, the court also issued deadlines to both sides of the courtroom.

Zuma and the Department of Correctional Services were given until 1 June to file papers with the SCA.

While the respondents like the DA, Helen Suzman Foundation and the four other respondents have until 1 July to file their opposing papers with the SCA.

The latest appearance in the legal ring comes about two months before the contempt sentencing Zuma was slapped with by the Constitutional Court ends in October.

A LEGAL BATTLE THROUGHOUT THE JUSTICE SYSTEM

The Constitutional Court sentenced Zuma to 15 months imprisonment for being in contempt of court. This was the result of the politician’s disobeying a court order from the highest court in the land ordering him to appear before the Zondo Commission.

Subsequently, the Pretoria High Court ordered Zuma to return to prison after it sent aside his medical parole last year.

Judge Elias Matojane said in his judgement that Fraser granting Zuma medical parole was unlawful. He was ordered to return to jail to serve out the remainder of his 15-month sentence.

Later, Fraser admitted during an interview with the SABC that he overrode the Medical Parole Advisory Board’s decision not to release the former president from prison.