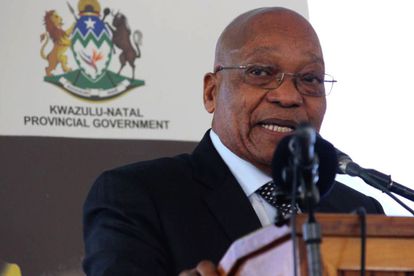 The Supreme Court of Appeal ruled that Jacob Zuma must go back to jail as his medical parole was unlawful. Image: Image Source: Flickr/GCIS

The Supreme Court of Appeal ruled that Jacob Zuma must go back to jail as his medical parole was unlawful. Image: Image Source: Flickr/GCIS

The Jacob Zuma Foundation released a statement on 22 November 2022, after the Supreme Court of Appeal (SCA) ruled that he must go back to jail as his medical parole was unlawful.

The Jacob Zuma Foundation said that medical parole was applied for by independent medical doctors, and not Zuma himself.

“It was granted by a Correctional Services official and not President Zuma. Yet it is not those individuals but President Zuma who must be punished for both the application and the decision.” the statement read.

The foundation further raised concerns that Zuma would be incarcerated in a facility that has no suitable medical facilities.

They have referred to this as a version of the death sentence.

Zuma was previously imprisoned at the Escourt Correctional Services Facility.

ALSO READ: Will Jacob Zuma be ARRESTED by the end of the week?

An exercise in cruelty and degrading punishment

The foundation stated that the SCA hinted at the imprisonment of Zuma being an option.

“This is an act of injustice. It is nothing but an exercise in cruelty and degrading punishment,” the foundation said.

The Jacob Zuma Foundation quoted the Constitutional Court in the case of Phaala vs Minister of Correctional Services.

Here it was said that parole is still a manner of serving out one’s sentence. It is therefore still punishment although lesser than imprisonment.

It is further stated that it still amounts to a deprivation of liberty for a set period, albeit outside of prison.

During parole, parolees would remain subject to the supervision and authority of the Department of Correctional Services for the remainder of their sentence.

Demands that Jacob Zuma be arrested

It was asked that he be returned to the Estcourt Correctional Centre to serve out the remainder of his sentence.

Why was Jacob Zuma arrested in the first place?

After defying a court order to appear before the Zondo Commission, which was investigating allegations of corruption during Zuma’s tenure as president, the Constitutional Court sentenced Zuma to 15-months in prison.

Zuma was imprisoned at the Escourt Correctional Services Facility, where he served less than two months of his sentence.