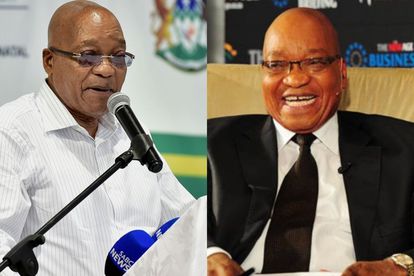 Former president Jacob Zuma will be back in court on 1 August after his case was postponed. Photo: GCIS / Flickr

Former president Jacob Zuma will be back in court on 1 August after his case was postponed. Photo: GCIS / Flickr

SCA has NOT received papers about the former president’s case

Judge Piet Koen was far from impressed after being informed about the above by Prosecutor Billy Downer. Downer told the court that he had checked twice with the registrar of the SCA and that there is still no result.

“I checked with the registrar of the SCA twice and it is confirmed that there is no result yet from the SCA,”

Downer further stated that the reason behind the delay of the application is unknown to him. He added that the papers regarding Zuma’s case had been received and are on their way to the Judge President.

“The reason for the delay is unclear to me, but it is not our mandate to interrogate that. The papers have been received and they are on their way to the president. In your lordship’s order of last month, if the reconsideration application is not disposed of by the holding date, which is today, which we are here now, a new date must be determined,”

Judge Koen spoke about delays in the case, making special mention of the French company Thales.

“I’m also concerned about delays, not just in the case of demonstration of justice but also in terms of the accused, particularly accused number two (Thales). It seems to me that now, in terms of the application for reconsideration, the case is suspended; I don’t have discretion in this matter,”

“The adjournment is granted that if the application has been determined by the August 1, and no application for leave of appeal to the Constitutional Court has been launched, the trial shall resume at 10am on August 15, and shall thereafter continue until September 16, and again from November 7 to December 2. If the trial is not ready to proceed by the holding date August 1, then a further holding date and date for the continuation of the trial shall be determined.”

Judge Koen explained that if there are any other difficulties with the proposed dates and the trial falls into the second term of next year, the counsel for the accused should inform him, reports IOL.