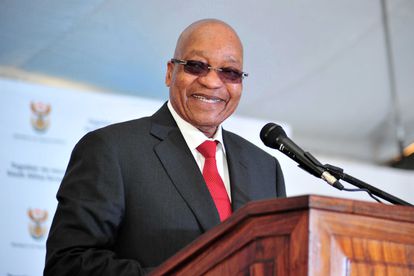 The National Prosecuting Authority (NPA) says it will oppose any application for postponement on former President Jacob Zuma’s trial which is set to start at the Pietermaritzburg High Court on Monday, 11 April.

Zuma has been trying to get Downer to recuse himself. He alleges that the prosecutor leaked his private medical records to the media.

NPA SAYS IT IS READY FOR ZUMA’S TRIAL TO START

Zuma’s trial and French arms company Thales face charges of corruption and money laundering. The charges relate to an Arms Deal signed by South Africa in the 1990s.

The charges against Jacob Zuma were originally dropped by the NPA weeks before he was elected president in 2009. They were reinstated in 2018.

Manyi said Zuma will remind the court that he has long anticipated that the NPA would refuse to prosecute one of their own even after his recent retirement.

“He therefore informed the court in his previous affidavits that he had instructed his legal team to institute Private Prosecution proceedings against Adv Downer with immediate effect subject to all the required administrative protocols as soon as the NPA announced its expected biased decision.”

NPA spokesperson, Mthunzi Mhaga said they are ready to proceed with the trial when it resumes on Monday.

“We have always been ready and our witnesses are lined up to testify against the two accused.

“We will oppose any application for a postponement of the matter. It is not in the best interest of anyone for the matter to be delayed further.”

Mhaga said they regard the possible private prosecution of Adv Downer as an intimidating and delaying tactic on the part of Zuma’s lawyers.

“They know very well that those charges can never be sustained, hence the director of public prosecutions in KwaZulu-Natal has declined to prosecute and the National Director of Public Prosecutions (NDPP) refused to accede their demand for the removal of Downer,” he said.