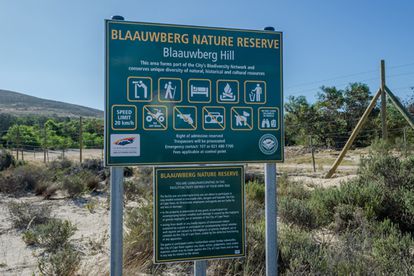 According to City of Cape Town spokesperson Alderman Marian Nieuwoudt, this decision came after the authority approved a report from the City’s Environmental Management Department for the reserve to be nominated as a heritage site.

“The declaration was also promulgated in the Provincial Gazette. Minister Anroux Marais of the Western Cape Department of Cultural Affairs and Sport presented the City with a plaque to showcase this proclamation.”

MORE INFORMATION ABOUT THE RESERVE:

ALSO READ: The best way to ‘surf & turf’ on the West Coast Way

“This nomination is a milestone and will place the Blaauwberg Nature Reserve, with its rich history and heritage and the most spectacular views, in the same league with other important heritage sites.

“There’s a lot to see and do at the reserve. Thus, I encourage residents and visitors to visit the reserve and enjoy its benefits.”

Nieuwoudt said a special word of thanks to the Friends of Blaauwberg Conservation Area for their role as members of civil society in the establishment and development of the nature reserve and for advocating to proclaim it as a provincial heritage site.