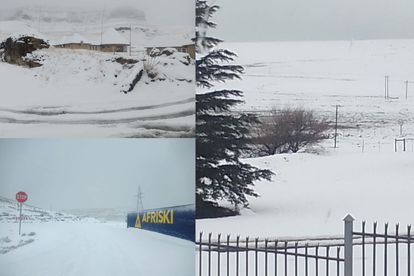 It was STILL SNOWING in parts of South Africa on Sunday.

Snowfall was confirmed on Sunday on the peaks of the mountains in Barley East as well as in Lesotho.