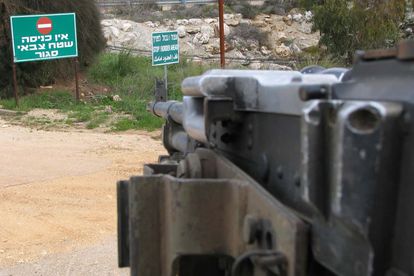 The sounds of warplanes from Israel flying overhead could be heard from the Palestinian West Bank de-facto capital of Ramallah late Sunday as Lebanese group Hezbollah and Israel came precariously close to an all-out war as the two sides exchanged missiles for several hours but eventually silenced their guns – for the time being.

The Israeli military carried out dozens of attacks, bombing the outskirts of several Lebanese villages located near the Israel-Lebanon border after Hezbollah fired several anti-tank missiles at an Israel Defence Forces (IDF) base and at another military vehicle near the border in northern Israel.

There were no casualties reported on either side as the fighting stopped as abruptly as it had started after reports of international mediation, including from the United Nations Interim Force in Lebanon (UNIFIL), which patrols and monitors the highly volatile border, and Lebanese Prime Minister Saad Hariri putting several urgent telephone calls through to Western leaders warning of the dangers of an escalation.

Tensions had been building up over the weekend after the IDF fired flares and incendiary devices over the disputed Shebaa Farms area – located on the Lebanese, Syrian, and Israel border – which ignited several fires inside Lebanese territory burning down trees as Lebanon slammed its southern neighbour for violating its airspace.

The firing of the flares and incendiary devices was to better enable observation of the movement of Hezbollah guerillas after their leader Hassan Nasrallah threatened to carry out retaliatory attacks against Israel after it was accused of sending several explosive-laden drones into Lebanon last week.

The drones targeted Hezbollah’s media offices, while there were other drone attacks in Syria and Iraq as well, which killed two Hezbollah operatives and several other members, including high-ranking military officials, of pro-Iranian militias based there.

Contrary to their usual policy of not commenting, the Israelis admitted to one of last week’s attacks, arguing that it was pre-emptive to thwart a planned Iranian revenge attack on Israel for earlier drone attacks. Israel is believed to have carried out numerous attacks on its neighbours over the last few years, killing dozens of people.

In expectation of Hezbollah’s revenge attack, Israel began sending advanced military equipment and troop reinforcements up to its northern border with Lebanon several days ago and, as anticipated, the attack by Hezbollah came late Sunday afternoon leading to the tit-for-tat violence before the diplomatic intervention.

However, analysts are warning that the situation remains volatile and another flare-up could happen at any moment with possibly unintended consequences, including a possible full-blown war similar to two previous wars between Lebanon and Israel, the last one in 2006, which caused a high number of casualties and heavily damaged Lebanon’s infrastructure.