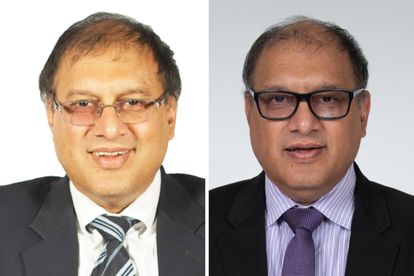 Mr Ismail Momoniat has been appointed the Acting Director-General of the National Treasury. Photo: OECDtax / Flickr and @TreasuryRSA / Twitter

Mr Ismail Momoniat has been appointed the Acting Director-General of the National Treasury. Photo: OECDtax / Flickr and @TreasuryRSA / Twitter

Mr Ismail Momoniat has been appointed the Acting Director-General of the National Treasury from 8 June. Minister of Finance Enoch Godongwana made the announcement of Momoniat’s appointment.

27 years in National Treasury for Momoniat

Godongwana says that Momoniat has served in the National Treasury for 27 years and brings a wealth of experience to the position. Out of the 27 years, Momoniat spent 22 years as a Deputy Director-General.

The Minister said he is confident that Momoniat will keep a steady hand on the organisation and steer the department to meet its strategic agenda while “ensuring continuity and stability”.

“Mr Momoniat’s focus at the National Treasury has been on formulating and designing the policy and legislative framework for the fiscal and financial governance and accountability system for the public sector, the intergovernmental fiscal framework, and the tax and financial regulatory system,” said Godongwana.

Acting DG worked on finances for the 1996 Constitution

Godongwana mentioned that Momoniat drove the foundational financial and fiscal legislation that gave effect to the 1996 Constitution.

“This included the development and enactment of the Public Finance Management Act which promoted good financial governance in the public sector and outlined the powers and functions of the National Treasury,” said the Minister.

Momoniat recently led the process for the adoption of the Carbon Tax Act to counter climate change by reducing greenhouse gas emissions.

“I as the Minister, the National Treasury team, and the broader financial family welcome, Mr Momoniat in this new acting role and assure him of our support and cooperation,”

Previously, it was reported that the Minister of Finance Enoch Godongwana announced that the Director-General of Treasury, Dondo Mogajane, will not be extending his contract and will leave the government when his term comes to an end on 7 June 2022.

In a statement on Thursday, 7 April, Treasury said Mogajane would pursue opportunities outside the public sector. According to the Treasury, the outgoing Director-general has been a dedicated and committed leader who is leaving at a time the fiscus is recovering from the shock of COVID-19.

The department is in the process of appointing a successor; other senior positions in the treasury will also be filled. Read the full story here.