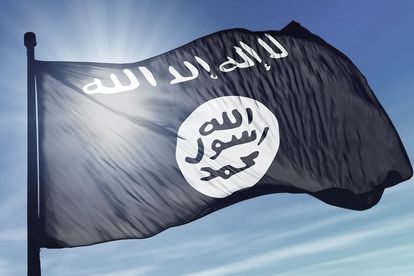 Court documents have revealed what appears to be a sinister ISIS terrorist plot in South Africa, spearheaded by extremists accused of carrying out a series of Durban bomb scares.

Evidence brought before the Verulam Magistrate’s Court on Tuesday has blown the case involving the infamous Durban bomb plot wide open. According to a report by Sowetan Live, which cites documents sequestered by the court, a group of Durban men accused of carrying out terror attacks have been directly linked to Islamic terrorist group, ISIS.

A raid by the Hawks on 8 Nugget Road in Reservoir Hills‚ Durban, uncovered a manual on how to make bombs and ISIS propaganda – including several flags. The investigation also uncovered a document relating to assassinations.

This was confirmed by investigating Officer Kwezi Chonco, who strongly opposed bail for the 11 accused.

ISIS in South Africa: Details from the investigating officer

According to court transcripts tabled by Chonco, the home at 8 Nugget Road was being used as an ISIS training centre. The home is owned by Farhad Hoomer – the alleged mastermind behind the attacks. Chonco explained:

“The first applicant (Hoomer) was identified as a leader of the group. The other applicants followed his instructions and turned to him for advice.

According to information received‚ the house at 8 Nugget Road was utilised as a training facility.”

Chonco also confirmed that a number of individuals residing in the house were Tanzanian nationals. The state’s prosecution team has alleged that the accused were involved in an elaborate extortion plot, which targeted three businesses, demanding that the owners pay $100‚000 each via a Dubai account.

The state claims that the business owners were threatened with bombs and fire, should they default on the payments.

During the raid on 8 Nugget Road, a kidnapped Tanzanian businessman was rescued. It’s alleged that he was being held for ransom.

Thursday 10 May 2018. An attack on the Imam Hussain Mosque in Verulam ‚ north of Durban‚ leaves one man, Abbas Essop, dead. Essop had his throat slit while two other clergymen were also attacked, escaping the incident with injuries. A homemade bomb was also found at the scene.

CCTV footage captured during the incident reveals the presence of the accused at the mosque.

Sunday 8 July 2018: In the early hours of the morning, bomb-like devices are discovered on Gladys Mazibuko (Marriott) Road, near the annual Vodacom Durban July horse-racing event.

CCTV footage has also linked the accused to the Woolworths bomb scares at both Gateway and Pavilion malls.

The accused face charges of murder‚ attempted murder‚ arson‚ extortion and the violation of the Protection of Constitutional Democracy Against Terrorist and Related Activities Act.

The court case continues on Thursday, when the accused intend to apply for bail.