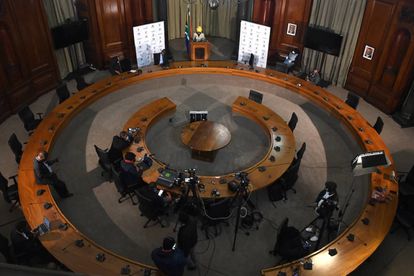 New year, new… ah, never mind. According to multiple sources, there is now a real chance that SA could be plunged into Level 4 lockdown restrictions – with two prominent ministers allegedly angling for the return of this tougher phase.

Bloomberg report that some senior members of the NCCC feel the only way forward is to take a step backward: Level 4 would have a major impact on which workplaces are allowed to remain open, and the balance between the economy and public health would rest on a tightrope in this scenario. According to the insiders…

What happens at Level 4 of lockdown?

It’s been eight months since South Africa was last in this stage of lockdown. Level 4 was only in place for five weeks, but it came with some pretty uncompromising regulations. Essentially a lighter version of Level 5, more severe economic measures are put in place, with a majority of industries instructed to ‘work from home’ wherever possible.

We’ve put together a table of all the regulations that made up our last stay in Level 4. Of course, things have changed since the beginning of May, and it’s likely that any ‘relegation’ to a stricter phase will come with a few tweaks and adjustments to what we saw in 2020. Here’s a reminder of what this stage of lockdown contained last time: