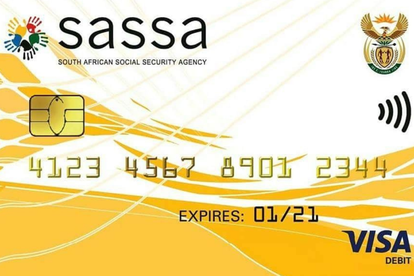 The South African Social Security Agency (SASSA) has set the record straight on claims it is replacing gold cards used by beneficiaries.

This, after reports surfaced on social media platforms claiming that grant beneficiaries will not receive their December grant payments if they do not change the card.

ARE SASSA GOLD CARDS BEING REPLACED?

SASSA said the reports have caused concerns within the organisation and caused panic among grant recipients.

The agency further emphasised that the SASSA gold card remains valid and acceptable on the National Payment System including ATMs and retailers.

“Messages on social media that grant recipients will not receive their grant payment in December if they have not changed their cards are false.

“Any changes on the payment of social grants will be communicated through official SASSA social media platforms  and by SASSA officials and not through personal social media accounts or voice notes from unknown people.”

Grant recipients can also use the gold cards to make purchases at any place that accepts bank card transactions as the gold card functions fully within the national payments system similarly to any other bank card.

Earlier in November State owned banking institution Postbank issued an apology to grant beneficiaries after they could not access their grant monies at ATM’s and retailers nationwide due to a system glitch that impacted payments.