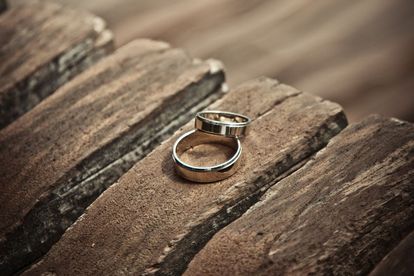 The practice of polygamy, or being married to several people, is banned around most of the world, but still tolerated — and even legal — in dozens of countries.

The UN’s Human Rights Commission and Committee on the Elimination of Discrimination Against Women have demanded that it be banned.

Polygamy is mostly, but not exclusively, a man’s world. As well as polygyny, when a man marries several women, there is the rarer polyandry, where wives have multiple husbands.

There’s even sororal polygyny, where a man hitches up with several sisters, and fraternal polyandry, where the woman marries several brothers, as under an ancestral tradition in Nepal.

Sub-Saharan Africa at the center

Only two percent of the world’s population live in polygamous families, and in most countries the proportion is under 0.5 percent, according to a 2019 study by the Washington-based Pew Research Center covering 130 countries and territories.

Polygamy is banned in most of the world, including in Europe. But it is legal in parts of the Middle East and Asia, without being common.

It is in sub-Saharan Africa that it is most widespread, with 11 percent of the population living in polygamous households, according to Pew, with countries in West and Central Africa dominating.

Burkina Faso has the highest proportion (36 percent), compared with 34 percent in Mali, 30 percent in Gambia and 29 percent in Niger.

Nigeria and Guinea have sizeable polygamous minorities (28 percent and 26 percent respectively), despite both countries having banned the practice.

More common among Africa’s Muslims than Christians, polygamy is also widespread among followers of folk religions.

In Nigeria, it is banned at the federal level but still practiced in 12 northern states that implement sharia, or Islamic law.

Most West African countries allow men to marry up to four women under certain conditions, including having the means to support multiple wives and families, according to the Paris-based Organisation for Economic Co-operation and Development.

In practice, however, most of the men in polygamous relationships have two wives.

The president and the king

The king of Eswatini (formerly known as Swaziland), Mswati III, married 15 women, one of whom died. He has more than 25 children.

Encouraged during war – Islam allows men to have up to four wives, on the condition that they are all treated equally.

The grand imam of the Cairo-based Al-Azhar, Egypt’s highest Sunni institution, Sheikh Ahmed al-Tayeb, has however criticised the practice as “an injustice towards women and children” resulting from “a misunderstanding of the Koran and of the tradition of the Prophet (Mohammed)”.

Polygamy was historically encouraged in wartime, as a way of providing financial support to widows and orphans.

The practice is nevertheless limited in most Muslim countries, with Tunisia the first Arab country to ban polygamy in 1956.

Although the Jewish Torah and the Christian Old Testament cite several cases of multiple marriages, polygamy was rejected by both religions in the Middle Ages.

In the United States, tens of thousands of the Christian fundamentalist Mormon religion still practise polygamy.

The Church of Jesus Christ of Latter-day Saints, the official name of the Utah-based Mormons, banned polygamy in 1890.

Its founder Joseph Smith himself had between 30 and 40 wives, of whom one was just 14 years old, the church revealed in 2014.

ALSO READ: Have you signed the KETUBAH yet?