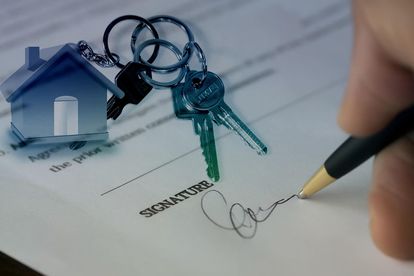 If you’re looking to sell your home, do it now because there’s a real estate slowdown on the way next year.

But if you happen have some spare cash and are looking to buy, hold on because there could be some superb buying opportunities in 2021.

Surge in demand will taper off

That’s the advice from Berry Everitt, CEO of real estate giant Chas Everitt, who says the surge in buying that has been evident since June is likely to taper off towards the end of 2020.

He predicts this will come about as more households feel the real effects of the pandemic’s economic damage, even if the Reserve Bank lowers interest rates again this year. as anticipated.

“As we predicted, pent-up demand from the hard lockdown of April and May, plus the huge reduction of home-loan interest rates this year, have caused real estate demand and bond applications to rocket in the past three months,” Everitt said.

Record sales in July and August

“First-time buyers have been particularly active and as a group we had record sales months in July and August.”

He added that there has also been a lot of talk recently about the market starting to favour sellers more than buyers, with some homes even start to attract multiple offers.

This was leading many sellers to believe that significant home price increases are on the way and that they should hang onto their properties until next year in the hope of a bonanza.

Relief measures are about to end

But Everitt advises that would-be sellers should actually do the opposite.

“It is important to note that many of the personal and business relief measures which were introduced in April will be coming to an end soon, and that unemployment is expected to rise further as SA’s economy experiences the lagged effects of the colossal blow it suffered from the hard lockdown in the second quarter.

“This will cause home buying activity to stabilise again shortly and, we believe, to remain only ‘slow and steady’ for at least the next 12 to 18 months,” Everitt said.

Meanwhile, Marcél du Toit, CEO of residential property platform sales Leadhome, has hit out at South Africa’s banks, saying the property market is being held back by their overly cautious approach.

In the first quarter of 2020, 54% of home loans granted were below the prime interest rate. After 1 June, this was turned on its head, with only 27% of home loans being given interest rates below prime – meaning nearly three-quarters of home buyers in this period are paying prime or above, he explained.

“This means one of two things: either banks have fundamentally repriced the long-term risk of lending in South Africa, or they are taking advantage of the existing liquidity offered by the Reserve Bank to increase margins and take profits.