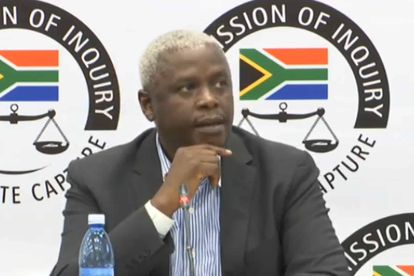 For some time, former Free State MEC for Economic Development Mxolisi Dukwana has been one of African National Congress (ANC) secretary general Ace Magashule’s fiercest detractors. Dukwana gained prominence when he appeared before the State Capture Commission of Inquiry and made a number of explosive revelations surrounding the province’s former premier.

However, as Magashule appears in the Bloemfontein Magistrates’ Court over the R255 million asbestos matter on Friday, 19 February 2021, there have been questions as to whether Dukwana’s criticism is genuine or is he simply a disgraced former friend looking to settle scores?

Dukwana briefed media ahead of Magashule’s court appearance and admitted that he at some point, was a vocal supporter of the former premier.

“Yes I’ve been very vocal and we also supported him for many years before as members of the ANC and we continued to support any leadership that he was elected properly in conferences. It was that in mind that we work together with Ntate Magashule (Mr Magashule),” he said.

“I am the only MEC during that time who worked with four different Heads of the Departments (HODs) from 2009 to 2012 and that was meant to destabilise the department. Every time a new HOD was appointed – and remember at the time Ace had no powers to appoint HODs – I would get the HOD who would come to me and tell me that he has been told to go help in the Department of Education and we will advertise for a new HOD,” he said.

Speaking on the asbestos matter, Dukwana said the case was important, particularly for the sake of the law. He added that it’s important to hear the other side of the story.

“In observation, this case is important to open the lid over the strong allegations of rampant corruption that plagued our province since 2009 when Elias Magashule assumed the premiership. This appearance is in our view important to uphold the legal principle of audi alteram partem [Latin phrase meaning “listen to the other side”]. After years of allegations of fraud and corruption, we must hear the other side of the story.”