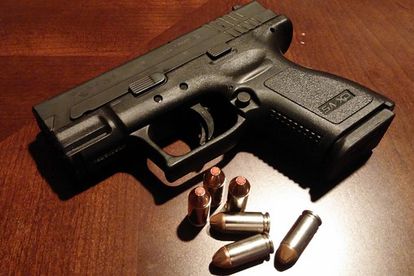 A police officer who allegedly fired his service firearm and shot someone in the head at a family gathering was arrested by the Independent Police Investigative Directorate (IPID).

IPID national spokesperson Ndileka Cola said that the 46-year-old police officer had been on the run from police after the shooting on 8 May. Police eventually arrested him on the afternoon of Monday 10 May 2021. The SAPS police officer is a sergeant posted at the Bloemspruit Crime Prevention Unit in Bloemfontein.

Cola said that the suspect had allegedly discharged his firearm at a family function.

“It is alleged that the officer discharged the official firearm in Bloemfontein on 8 May, when he was at a family gathering with his girlfriend. The officer allegedly became unruly, he was chased out of the yard by the victim,” Cola said.

Cola said that the suspect had then allegedly drawn his service firearm and shot the victim once in the head.

“The victim was taken to Pelonomi Hospital for medical treatment. The 46-year old Officer ran away and it’s only this afternoon that he was caught,” he said.

Cola said the police officer would be charged for attempted murder. The suspect is expected to appear in the Bloemfontein Magistrate’s Court on Wednesday 12 May.