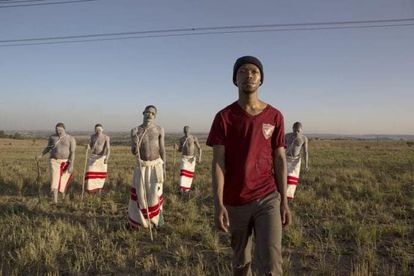 After dozens of award wins and a shortlisting for the Oscars 2018, Inxeba (The Wound) has achieved more than any other South African film has in the last decade.

However, with great filmmaking, there is usually great controversy too. John Trengrove’s unflinching look at a certain Xhosa ritual – punctuated by a gripping story of two gay lovers – has pushed every button imaginable, ranging from the euphoric to the enraged.

Why has Inxeba caused protests?

Upon its general release in South Africa, Inxeba was met by scores of protesters. Many claimed the movie was wrong to even talk about the Ulwaluko ceremony. Others straight-up had a problem with the themes of homosexuality.

The Film and Publication Board eventually relented to the dissent. Two weeks ago, they slapped Inxeba with an X18 rating, bumping it up from its previous classification of 16. This now officially deems the flick, which has wowed audiences worldwide, as a movie too offensive for public broadcast.

What does an X18 rating mean for a movie?

This classification severely limits the audience this flick can reach. It can no longer be broadcast on television, or in a cinema. In fact, it is only one level below an XX classification – that’s the rating given to outright illegal material, like beastiality or extreme sexual violence and cruelty.

What are LGBTQ+ people doing about Inxeba‘s rating?

The LGBTQ+ community have never been ones to take an injustice lightly, though. A petition was set up by Gay Radio SA, demanding that the previous age restriction gets reinstated with immediate effect. This is in the hope that the film will be freely shown around the country, wherever people want to see it.

The wording on their petition says it all. There is a wariness and a saddening sense of déjà vu from these guys, who state that they are still fighting for the right to have their stories told:

“This community is still being bullied, this time by traditional leaders and FPB, silencing our stories and keeping LGBTQ+ people in the closet. We will not accept this. The constitution protects LGBTQ+ rights, but it seems we still need to fight to have a simple story like this told.”

We spoke to Hendrik Baird, the station manager of GRSA. He reiterated the claim that the Film and Publication Board are guilty of homophobia. In his robust response, he called out the board for attempting to silence the LGBTQ community:

“The FPB has proven themselves to be homophobic with this classification. They are bringing back censorship to South Africa, and LGBTQ+ are seemingly the first to be silenced. We are concerned that if they can classify a movie that isn’t pornographic as an X18, that this is a first step toward silencing our voices and stories.”

“We are very concerned at the capability of FPB to make reasonable decisions based on the ludicrous decision made on Inxeba (The Wound).”

What can the petition achieve?

Baird went onto to say that their petition would be then presented to a relevant government minister, and ask them to overturn the decision. He also wants to see the board dismissed, in favour of officials who “know what they are doing”.

Inxeba does show full frontal male nudity. It also shows how the ritual works. But a Quentin Tarantino gore-fest, this ain’t. Nor does it fall anywhere near the remit of pornography.

Anyone who is LGBTQ+, or even gives a damn about equality, has the right to be upset by the decision. But as ever, one of our more oppressed communities are fighting back once more. If you want to be a part of it, you can find the petition here.