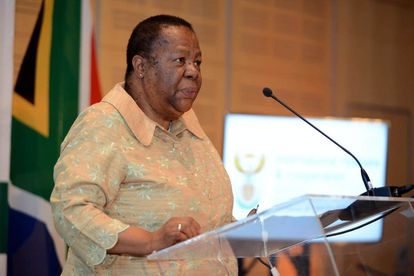 Minister of International Relations and Cooperation (Dirco) Naledi Pandor, on Wednesday 30 September, explained how government went about deciding which countries are considered high-risk, medium-risk and low-risk and therefore, concluded which countries one may travel to under Level 1 lockdown.

Minister of Home Affairs Aaron Motsoaledi also revealed the long-awaited list of countries that one may not yet travel to under Level 1 despite the looming resumption of international travel on 1 October 2020.

THESE COUNTRIES ARE CONSIDERED HIGH-RISK

INTERNATIONAL TRAVEL: HERE’S HOW COUNTRIES HAVE BEEN CLASSIFIED

Pandor said, according to World Health Organisation (WHO) criteria, the government has had to look at infection rates, death rates and use a period of seven days in which to gauge an average “manageable number” which enables one to permit travellers.

Travellers coming into South Africa must also produce a certified Polymerase Chain Reaction (PCR) test not older than 72 hours from the time of departure from their country of origin to South Africa. The certificate must also have the name and signature of the person who conducted the test. Travellers will also be screened for temperatures despite having a certificate.

Travellers from high-risk countries will not be permitted into South Africa unless they are business workers, investors, diplomates or high-skilled professionals. Only three airports will be open for international travel; OR Tambo, Cape Town International Travel and King Shaka International Airport.

Roughly one month ago, after the country had downgraded to lockdown Level 2, there was an outcry for the resumption of international travel. At the time, Mbalula said there were many discussions to be had regarding when to open borders and to which countries.

Mbalula said international travel, however, should not be rushed into.

On Tuesday 29 September, Health Minister Zweli Mkhize announced that the total number of cases in South Africa had climbed to 672 572 with 903 cases reported in 24 hours.