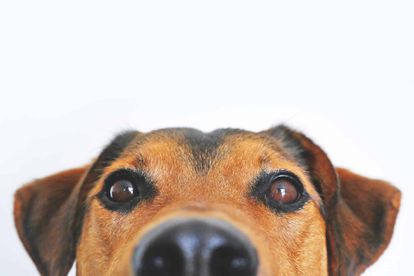 Dog lovers, gather ’round, you’re going to love this. Imagine a small gadget that can “anticipate and understand animal behaviour and interpret what an animal is thinking?

Even though it seems like the plot from a sci-fi movie – or a figment from the dreams of pet lovers around the world – it is now a reality thanks to the recent advancements in AI, big data, and robotics.

Inupathy: What you need to know

The Inupathy harness was first exhibited at CES2020, the world’s largest tech event and the gathering place of business for consumer technologies.

The device has a heart rate monitor, onboard processor and LED display. It records your dog’s emotional states by using an “algorithm based on how a dog’s heart rate spikes when they’re stressed or anxious.”

A collar that predicts dog behaviour

A Japanese company, Langualess, designed and created a pet collar to predict your dog’s behaviour. The harness can reportedly “translate the mood of the animal”.

The harness – developed by a biologist – is a first-of-its-kind. It has sensors that monitor heart rhythms and displays a range of colours that specify different feelings of the animal

With the capability to easily understand dog behaviour, owners can provide better care for their pets.

Co-founder of Languless, Joji Yamaguchi, claims that the harness will bring owners closer to their pets by “helping them better understand the emotions of their dogs”.

The idea behind this innovative dog-collar came from the fact that most people fail to express their true emotions, while in the case of animals, it becomes a lot trickier.

The concept was developed by Yamaguchi, who made a prototype of the harness to better understand the behaviour of his pet dog. Yamaguchi explains:

“We believe that technology has the power to amplify kindness. Instead of creating a technology involving robots acting like dogs, we want to advance our understanding of animals and build a stronger owner-pet relationship”.

What sets this dog harness apart?

To begin with, the Inupathy harness measures the heart rhythms of your pets, despite their thick fur coats. It also analyses heartbeat in real-time without causing any delays.

This allows pet the owner to understand what their dog ‘feels’, for lack of a better word. Kana Yamairibata, CEO of Langualess explains:

“So far we have only built gadgets for the convenience of human beings; this time we will be able to see the world from the point of view of animals”.

More than 700 units have already been sold in Japan. The company now plans to expand to global markets. Through a crowdfunding campaign, they will deliver Inupathy to 500 000 dog lovers by 2023.

The Indigogo campaign saw more than 91 backers contributing more than R180 000 at the time of publishing. The limited campaign price worked out to approximately R2 500 per collar.