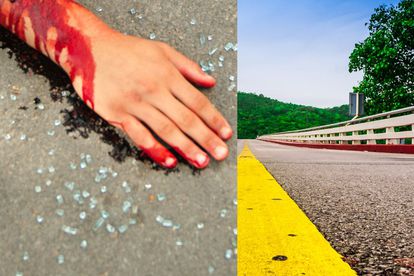 A motorist found a man with traumatic amputations to both his legs trying to crawl out of the bushes on the side of the road for help after he was struck by a car.

According to IPSS Medical Rescue, the injured man had been involved in a hit and run with an unknown vehicle on Wednesday.

“IPSS Medical Rescue received a call from a motorist traveling on a road on the outskirts of Stanger in KwaZulu-Natal of a badly injured man attempting to crawl out of the bushes on the side of the road.

“On arrival of IPSS Advanced Life Support paramedics, it was established that the man had been involved in a hit and run with an unknown vehicle.”

It furthermore said the man had sustained traumatic amputations to both his legs as well as multiple other life-threatening injuries.

THE BADLY INJURED MAN TRIED TO CRAWL OUT OF THE BUSHES

“IPSS Medical Rescue treated the man before being transported to a nearby hospital in critical condition.”

It is unknown how long the man had been lying in the bushes before the vigilant motorist noticed him.