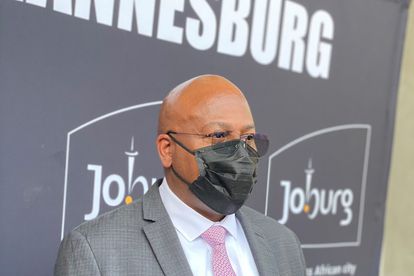 The family of former Johannesburg mayor Mpho Moerane has come out guns blazing against rumours that he has died.

Moerane has been in hospital for almost a week after being seriously injured in a car accident. According to his family, some have claimed he succumbed to his wounds, but that isn’t the case.

“The Mpho Moerane family condemns in the strongest possible terms inhumane and false reports circulating about his death. We want to confirm that Moerane is not dead, he is still in hospital where he is stable and recovering,” said the family in a statement.

Moerane is currently the leader of the ANC caucus in the city and heads the regional task team fundraiser. Moerane briefly served as the mayor of Johannesburg, having been elected in October 2021. However, it wasn’t long until the party ceded control of the metro in the 2021 Local Government Elections. His namesake, the DA’s Dr Mpho Phalatse then took over as mayor.

MOERANE FAMILY: ‘PEOPLE MUST NOT STOOP THIS LOW’

The Moerane has urged those spreading fake reports about his death to stop as their actions are hurtful to them as well as his friends and comrades in the ANC.

“Those behind spreading of the fake news are heartless people hellbent on causing unimaginable pain to the family which is concentrating all its efforts towards working together with medical professionals to nurse Moerane back to good health. It is against tradition to pronounce dead a person who is still alive and people must not stoop this low in their attempts to advance whatever agenda they are driving.”

Moerane came into the mayor’s seat after the death of his predecessors. Geoff Makhubo succumbed to COVID-19-related complications, while Jollidee Matongo died in a car accident.