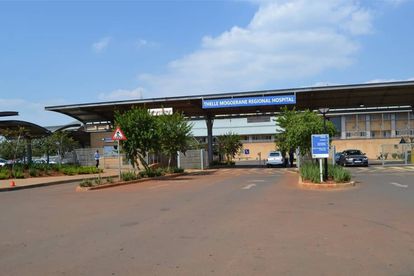 Thelle Mogoerane Hospital in Vosloorus, Gauteng, is feared to be dealing with a klebsiella bacteria outbreak after a notable rise in infant deaths since late 2018.

As reported by the Sowetan, the most recent infant death makes it eight fatalities at the hospital in a single month.

Read – Klebsiella pneumonia: what you need to know about the deadly superbug

While it is feared that the babies have succumbed to the deadly strains of the superbug, the acting chief executive of the hospital, Dr Michael Makala has denied these suppositions.

“There is currently no outbreak. Eight babies died in January. One baby weighed 900g and died from extremely low birth weight even though the baby tested positive for Klebsiella. The other seven babies died due to medical conditions not related to Klebsiella.”

This is the second wave of infant deaths linked to klebsiella at the hospital in Vosloorus.

Nurses from the hospital have alleged that the ward which was meant to be closed down for fumigation was, in fact, still being used as the neonatal department is overcrowded.

Dr Makala has vehemently denied this, revealing that the ward is still prohibited from use until renovations begin in the next financial year.

What we know about bacteria

Klebsiella bacteria, according to Everyday Health, is a ferocious type of superbug that causes an array of diseases.

It is mostly contracted in healthcare environments like hospitals and newborn babies, in the neonatal ward, are at risk the most.

In infants, it becomes deadly when the infection transforms into pneumonia.

This is why it is imperative, according to the Democratic Nursing Organisation of South Africa (Denosa) to practice strict hygienic measures when one enters the neonatal ward.

Hand washing is one of the most critical practices, Denosa’s provincial chairperson, Simphiwe Gada, said.