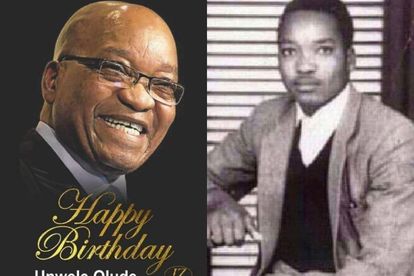 Former President Jacob Zuma celebrated his 80th birthday on Tuesday with many supporters taking to social media to wish him. Photo: Twitter

Former President Jacob Zuma celebrated his 80th birthday on Tuesday with many supporters taking to social media to wish him. Photo: Twitter

Although much of social media has been filled with harrowing recounts of the KZN floods, it was also littered with birthday praises for the newly minted octogenarian Jacob Zuma on Tuesday.

The former president was unable to attend his corruption trial in the Pietermaritzburg High Court on Monday due to ill health, thus setting the tone for his 80th birthday. He was being treated by a team of doctors at an undisclosed hospital.

ZUMA GETS AN EARLY BIRTHDAY GIFT

The case was postponed again pending the outcome of the former statesman’s appeal to have state prosecutor Billy Downer removed from the case. His lawyer Dali Mpofu explained to the court the absence of Zuma was due to a “medical emergency”.

On Monday, Judge Piet Koen approved the application for the adjournment of the arms deal trial until next month to allow the Supreme Court of Appeal to decide on his reconsideration application. He and his legal team were given until 17 May for the resumption of the case.

BIRTHDAY WISHES FOR THE MAN OF THE DAY

How could the politician not be wished a happy birthday by the Jacob Zuma Foundation?

The foundation’s spokesperson Mzwanele Manyi said the achievements made by Zuma over the many decades are too numerous to mention.

“All the peace-loving South Africans and the people the world over, have a special place in their hearts for him. The Foundation is requesting the nation to keep him in your prayers for a speedy recovery,”

“I have been reading some messages/wishes I am coming across to OUR FATHER on his day. He feels the love,” said Zuma-Sambudla.

Stalwart Zuma supporter Carl Niehaus also took to social media, not only to share words of praise but also a video devoted to Zuma – a man whom Niehaus holds in high esteem.

The ruling party also took to their official Twitter account, referring to him as President Zuma, where they wished him a long life, strength, and good health.

ALSO READ: What a downer: Niehaus backs Zuma in court ‘for 22 years’ with no wins