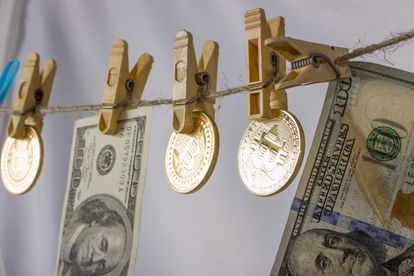 The vast sums of money flowing out of Africa through illegal, corrupt practices are undermining progress made by African countries to achieve the UN’s Sustainable Development Goals (SDGs) by 2030, according to economists at the UN Conference on Trade and Development (UNCTAD ).

UNCTAD say the scale and scope of illicit capital flight, which is equivalent to 3.7 percent of Africa’s gross domestic product, and the economic consequence of COVID-19, threaten to reverse the gains made in health, education and other areas.

“Illicit financial flows rob Africa and its people of their prospects, undermining transparency and accountability and eroding trust in African institutions.”

“The enormity of efforts required to tackle illicit financial flows is evidenced in the many dimensions the scourge presents itself,” he said by video conference from Lagos, Nigeria.

UNCTAD Secretary General, Mukhisa Kituyi said Africa needs an estimated $200 billion a year to achieve the SDGs, but only about half that amount is available. He said illicit financial flows represent a major drain on capital and revenues in Africa and this puts development prospects on the continent at risk.

“And, half of the countries in sub-Saharan Africa do not have sufficiently developed domestic transfer pricing rules and regulations in their jurisprudence.”

That, Kituyi said, is a handicap for governments that have limited capacity to challenge multi-national enterprises in their domestic courts on these illegal practices.

Not just a concern for Africa

Tax revenues lost to IFFs are especially costly for Africa, where public investments and spending on the SDGs are most lacking. In 2014, Africa lost an estimated $9.6 billion to tax havens, equivalent to 2.5% of total tax revenue.

Tax evasion is at the core of the world’s shadow financial system. Commercial IFFs are often linked to tax avoidance or evasion strategies, designed to shift profits to lower-tax jurisdictions.

Nigeria’s President Muhammadu Buhari said: “Illicit financial flows are multidimensional and transnational in character. Like the concept of migration, they have countries of origin and destination, and there are several transit locations. The whole process of mitigating illicit financial flows, therefore, cuts across several jurisdictions.”

Solutions to the problem must involve international tax cooperation and anti-corruption measures, UNCTAD says, adding that the international community should devote more resources to tackle IFFs, including capacity-building for tax and customs authorities in developing countries.