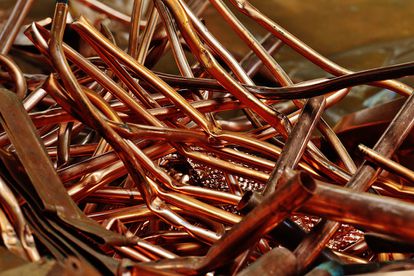 The Illegal Zimbabwean is facing charges of possession of copper cables and bribery of a police officer.

ALSO READ: ‘I will jail all illegal immigrants on my first day as president’ – Gayton McKenzie

According to the National Prosecuting Authority (NPA) Regional Spokesperson Lumka Mahanjana, he was arrested on 28 September 2022, after a police officer who was patrolling in Silverton, saw a white truck with scraps.

“He stopped the truck and asked to search it when he found rolled copper cables hidden underneath scrap metals.”

SUSPECT RESORTS TO BRIBING AN OFFICER OF THE LAW

When Chinowuyita was questioned about the copper cables, he bribed the police officer with R100.

“The matter was postponed to 10 November 2022, for further investigations,” she explained.

Meanwhile early this year, Police pounced on seven cheeky suspects attempting to make away with electricity cables worth R1.5 million in Florida, 16 kilometres west of Johannesburg, on 11 June.

It is reported that the crew tried fleeing with their pickings, including a transformer worth R400 000 but got stopped in its tracks. Response officers from a private security company helped the Joburg Flying Squad (JFS) apprehend the suspects.
The alleged thieves loaded the infrastructure on a rented truck loader crane. However, police impounded the truck in the bust.

HOW TO REPORT CABLE THEFT IN THE CITY OF JOHANNESBURG

City Power has on numerous occasions pleaded with the public to report cable theft which costs the entity millions of rands.