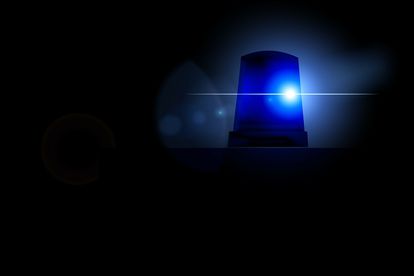 The police shot and killed a suspect after he allegedly pointed a firearm at officers during a car chase in Ikageng, North West over the weekend. The 32-year-old man had been on the run since Friday night.

MAN SHOT AND KILLED IN IKAGENG

South African Police Service (SAPS) spokesperson Colonel Adele Myburgh said the suspect overpowered and disarmed his colleague – a 47-year-old man – before holding him at gunpoint in Mbobi Street, Ikaneng after an argument on Friday night, 1 July.

“The male allegedly instructed the victim to call his (suspect)’s 31-year-old girlfriend. The latter arrived a short while later in her Volkswagen Polo, but driven by a male companion, aged 30,” said Myburgh.

When the suspect’s girlfriend and her friend arrived, he walked to the vehicle and allegedly shot the man twice and took his body out of the car. He then instructed his colleague to get in the back and drove off.

The suspect stopped the car at an intersection in Bathoeng Street and told his colleague to get out and left him there.

Meanwhile, the police were combing the murder scene in Mbobi Street and the authorities were told to be on the lookout for the vehicle.

The vehicle was spotted on Saturday after members of the Flying Squad received a tip-off that it was travelling along the Ottosdal/Hartbeesfontein Road.

When the suspect saw the police he sped off and a car chase ensued. During the chase, the suspect allegedly pointed his gun at the police and they opened fire on him.

“The driver ultimately pulled off the road, but was found with a bullet wound to his head. Emergency Medical Rescue Services (EMRS) were called and the suspect was taken to a local hospital where he was declared dead on arrival,” said the police spokesperson.

The suspect’s girlfriend was also found dead in the front passenger seat of the vehicle. She had head injuries and was declared dead at the scene.