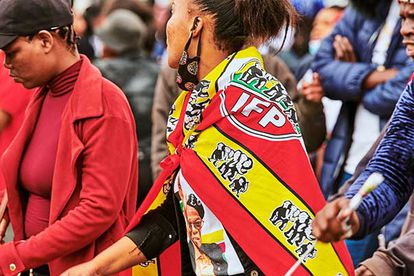 IFP says it was humbled by another by-election victory after obtaining a clear majority from the ruling party in Umuziwabantu Local Municipality.

IFP BEATS THE ANC IN ANOTHER BY-ELECTION CONTEST

In a statement, IFP KZN Provincial Chairperson Thami Ntuli said the party’s Provincial Executive Committee (PEC) in KwaZulu-Natal would like to thank and congratulate the people of Ward 11 of uMuziwabantu for trusting them with their vote, in a crucial and highly contested by-election that took place yesterday, Wednesday, 12 October.

“As the IFP, we are very humbled by the victory in Ward 11 of uMuziwabantu. These results confirm that the people of KwaZulu–Natal are hungry for an IFP-led government, as they yet again rejected an arrogant leadership from governing in municipalities and the province,” he said.

WHAT THE WIN MEANS FOR THE PARTY GOING FORWARD

He went on to say the party commits itself to continue working hard, and to deliver the best service to the people of Ward 11 of uMuziwabantu, as well as the entire province of KwaZulu-Natal.

“The IFP’s Founder and President Emeritus, Prince Mangosuthu Buthelezi, taught IFP members to be servant leaders, and to put the people’s needs ahead of everything else. We shall continue to do that, and today we will start working in Ward 11 in the service of our people.

Further, all party councillors elected during these by-elections will sign the IFP’s oath, wherein they commit to serving the people with integrity,” he vowed.