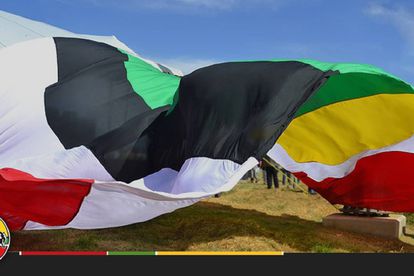 The Inkatha Freedom Party has extended condolences on the death of Estcourt municipal councillor Mzwandile Excellent Mthembeni Majola,39, who was shot dead on Friday night.

The IFP had received with great shock and sadness the news of the brutal killing of its executive committee councillor, Mzwandile Excellent Mthembeni Majola in the Inkosi Langalibalele municipality, Estcourt in the uThukela district on Friday night. The IFP national spokesperson Mkhuleko Hlengwa said in a statement on Saturday.

Majola was killed in a hail of bullets in Estcourt at about 20:30 on on Friday night, when two unknown vehicles overtook Majola’s vehicle and opened fire at a set of speed humps.

A delegation of the IFP leadership, led by the KwaZulu-Natal chairperson Thami Ntuli, on Saturday morning visited the Majola home in Esigodlweni in Estcourt to convey the condolences of the IFP. Majola was currently serving as an exco councillor in the Inkosi Langalibalele municipality in Estcourt, he had been serving as a councillor from 2011 and was deeply commited.

“In 2010 cllr Majola he was ambushed in an assassination attempt, and whilst he survived, he was left wheelchair-bound. It will be recalled that during the time of the Moerane Commission of Inquiry into political killings, cllr Majola was a witness.”

Majola had served with distinction and commitment

Majola had served previously as the IFP secretary in the erstwhile Mtshezi constituency; and when the IFP was “riddled with internal ructions”, Majola served as the chairperson of the interim structure that was tasked with the revival of the party in Mtshezi.

In all roles of deployment by the IFP, Majola had served with distinction and commitment. He was a hard worker who loved the people he served and was loyal to the IFP, his political home.

The IFP remains very concerned at the relentless killings of councilors, in particular in the Province of KwaZulu-Natal. We condemn these killings in the strongest possible terms. We yet again call for calm and peace.

“The IFP trusts that the law enforcement agencies will work tirelessly to investigate this matter and bring these evil forces of darkness to book. The IFP calls on all those who may [have] information to come forward and assist the police in their investigation,”