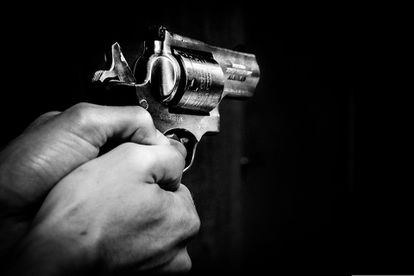 Three men and women were allegedly stabbed and some shot dead in Eastern Cape. Image: Pixabay.

Three men and women were allegedly stabbed and some shot dead in Eastern Cape. Image: Pixabay.

The IFP in KwaZulu-Natal has given the police 72 hours to find the killers of Induna Dr Khumalo.

IFP CALLS FOR THE ARREST OF THE INDUNA KILLERS

This call by the opposition party follows the assassination of Induna Khumalo after returning from the Royal Reed Dance ceremony at eNyokeni Palace.

“We call on SAPS to act swiftly to bring the perpetrators to justice,” said the IFP Provincial chairperson Thamsanqa Ntuli.

“The IFP is extremely concerned about the brutal killings of izinduna, amakhosi and councillors in the province of KwaZulu-Natal.”

He added that Police Minister Bheki Cele, together with the National Police Commissioner, must now establish an effective task team that will specialise in investigating all political killings and high-profile cases in KwaZulu-Natal.
“The state of lawlessness that exists in our province – and country at large – can no longer be tolerated,” Ntuli lamented.

THE PARTY DEEPLY SADDENED BY THE TRAGEDY

“The IFP in KwaZulu-Natal also wishes to convey its condolences to Indonsa yesizwe and the entire community of KwaNongoma for the loss of their beloved Induna, Dr Khumalo,” he expressed.

ANOTHER INDUNA MURDERED IN KZN

This isn’t the first time a traditional leader is killed in this fashion. On Wednesday, 6 July, the province woke up to the disturbing murder of Iso lesilo in the Jama Traditional Community in Nquthu, Samson Dlani Buthelezi.

Buthelezi was gunned down at his home by unknown gunmen. He passed away on the scene.

MORE ON THIS: Govt saddened by brutal assassination of KZN traditional leader