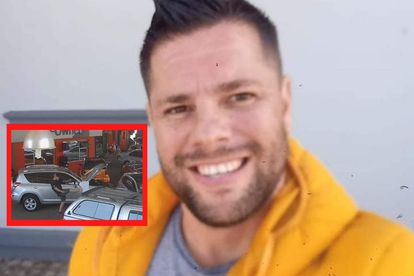 Jaco Swart has allegedly ‘been missing for EIGHT days’ – and friends fear for his life. Photos: Facebook

Jaco Swart has allegedly ‘been missing for EIGHT days’ – and friends fear for his life. Photos: Facebook

Jaco Swart has been missing for EIGHT days now, and friends fear the worst.

JACO SWART HAS BEEN MISSING SINCE THE ALLEGED ASSAULT

Jaco has not been seen or talked to since last week Monday when the news broke that he was assaulted by a group of unknown men in Gauteng.

According to a concerned friend Jaco was shaken by the assault.

“I have not spoken to Jaco since I saw him last week. He was battered and bruised after the assault.”

Jaco has not yet opened a case of assault.

ALSO READ: Jaco Swart: Convicted wife-beater may end up in JAIL after all…

The friend said Jaco has also not been active on Whatsapp since last week.

FRIENDS HAVE BEEN CHECKING WITH HOSPITALS

“I’ve checked all the possible hospitals, but nothing, no sign of Jaco yet.”

The South African tried phoning Jaco several times on Tuesday, but both numbers went to voicemail.

Jaco’s lawyer, Enoch Nethanani, said he has also not talked to Jaco since last week Monday.

“I am concerned. I have tried to contact him numerous times and also left several voice notes. Messages aren’t going through to his phone.”

According to Nethanani, friends fear the worst.

JACO HAD ALLEGEDLY SPOKEN ABOUT SUICIDE

He said a friend of Jaco allegedly said Jaco had spoken about suicide and that he would rather take his own life before he is beaten to death by others.

Jaco was assaulted by a group of unknown men in Gauteng earlier this month.

According to Nethanani, Jaco said he was beaten and put in the boot of a car.

“I think they hit me over the head, and they loaded me into a car, and I was in a boot for some time… They took me out and kicked me. I remember them saying they are going to break my hands or cut off my hands because I hit women.

Jaco was sentenced earlier this month to a R20 000 fine and a three-year prison sentence, suspended for five years, for assaulting his estranged wife, Nicoleen Swart.

AfriForum released videos footage of the brutal assault that captured Swart brutalising, pushing, punching, and kicking Nicoleen at their business in 2018.

Swart pleaded guilty to two charges of assault with the intention to inflict grievous bodily harm against his estranged wife, Nicoleen Swart.

He was sentenced to a R20 000 fine and a three-year prison sentence, suspended for five years, in the Pretoria North Magistrate’s Court on 7 June.

Earlier this month, Gillian Benson, the Action SA’s Head of Strategic Litigation confirmed that the group will go to the NDPP’s office and take any other measure needed to ensure Jaco Swart pays a proper price for his sickening actions:

“ActionSA will request that the NPA urgently appeals the inadequate sentence in this case and calls for a thorough investigation into the prosecutor’s conduct. If our request is rejected, we will escalate the matter to the National Director of Public Prosecutions, Shamila Batohi.

“If this does not result in an appeal being undertaken, we will proceed to our courts or take all other measures available to us. ActionSA will not idly stand by in this case and will never back down for as long as the scourge of gender-based violence exists in South Africa.”

“And if the fight against gender-based violence is going to be more than rhetoric, there must be a collective rejection of this kind of absurd sentencing, in response to such violence and brutality.”