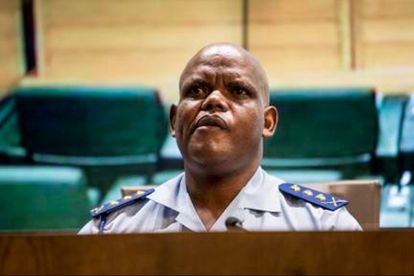 Former National Police Commissioner Khomotso Phahlane is expected to return to court in December after appearing on Wednesday. Phahlane is one of six suspects including top cops who are charged with a sophisticated multimillion tender fraud, corruption and theft.

Phahlane is among six people including senior police officials who were arrested on Tuesday for allegations of fraud, corruption and theft related to a R54 million tender.

The National Prosecuting Authority’s (NPA) Investigative Directive arrested the six in various parts of the country. They appeared before the Pretoria Specialised Commercial Crimes Court on Wednesday.

On 21 December 2016, the police’s Crime Intelligence Division embarked on what they claimed to be an emergency procurement of software tools or systems.

One of the software was named RIPJAR. Its purpose was to collect and monitor information on social media on the instigators of the #FeesMustFall student protests.

It was bizarre that the response to the protests was claimed to be an “emergency” as the protest started more than a year prior in October 2015, said Seboka.

But the RIPJAR software was actually bought from a company that is not involved in software engineering at all. Instead, it was a security alarm and surveillance cameras company, she said.

“The owners of the so-called competing companies were friends, who in fact and in truth, were involved in cover quoting. The cover quote was supplied to Inbanathan Kistiah by the former husband of the sole director of a company called Perfect Source.”

The other software procured by the police was a mobile communication encryption platform named Daedalus.

The purpose of this software was to encrypt voice calls made by the management of the police. This was at a time when Phahlane was being investigated by the Independent Police Investigative Directorate (IPID).

“He was being investigated for the ‘Blue Lights’ police tender and other irregular procurement that happened during his tenure.”

But Daedalus made it impossible for investigators to get call records from cellphone providers.

HOW THE FRAUD AND CORRUPTION PLAYED OUT

The South African Police Service invited three potential suppliers. But one of the suppliers stated that its quotation was fraudulent as the company did not submit a quotation.

Two other proposals for software procurement tools were received on 21 December 2016.

One of them was for the RIPJAR software, which somehow submitted two written price quotations.

The other was from I-View, which is currently charged. Another was the written price quotation from the HR company posing as an engineering company, Perfect Source.

“The owner of this company was the ex-wife of Avendra Naidoo. However, Perfect-Source was in the process of being deregistered. Through investigations, it was revealed that Naidoo submitted the quote and not his wife.”

It is further alleged that R33 million was paid to I-View and Daedalus was paid R21 million within a short space of time.

Daedalus was however procured for the sole reason of encrypting calls and wiping out cellphone records and messages.

The awarding of this tender allegedly deviated from the normal procurement processes as it was signed and processed on the same day, with payment being made the day after approval of the contract.

“The matter returns to court on the 7th December 2022,” Seboka said.