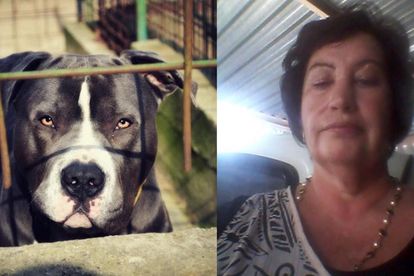 A woman has blamed her racist outbursts on diabetes. Image: Pixabay/ @AdvoBarryRoux twitter.

A woman has blamed her racist outbursts on diabetes. Image: Pixabay/ @AdvoBarryRoux twitter.

Belinda Magor a 60-year-old woman from Benoni has blamed her racist outburst on her Diabetes, TimesLive reports.

In a voice note sent on WhatsApp, Magor is heard saying:

“Estelle, I agree with you wholeheartedly. What I say is: ban the black man. They rape, they steal, they kill, worse than any pit bull could, and they get away with it. Ban those who are making the laws, ban Ekurhuleni, ban the black man. Get all the black women and cut out their uteruses and their ovaries [so] that they can’t procreate, because they will all turn out the same because they are all the same.

“I’m very passionate about this. Ban them, kill them, shoot them, get rid of them because they are the problem — not pit bulls, not animals. Animals are beautiful, and they deserve a warm bed, food, love, attention and everything else. God created those animals. Who created the black man? Do you think God? I don’t think so.”

ALSO READ: ‘Not suitable for domestic breeding’: EFF calls for ban on Pitbulls

Listen to the voice note here:

In an interview with TimesLive, Magor stated that she does not consider herself a racist.

“I am actually very kind, specifically to black people. You would be surprised. I always help, always.” Magor said.

Magor blamed her diabetes in response to a question asked on why she sent the voice note.

“I’m diabetic. When your sugar is out of whack, which happens quite often, you don’t think clearly, you can’t focus.” Magor said.

She further stated that suffering from diabetes feels like ‘there is a cloud over your mind.’

Magor questions why she cannot have freedom of speech – hypothetically

In response to questioning on the racist rant sent on WhatsApp, Margot asked why she was not allowed freedom of speech – hypothetically.

Many users have taken to twitter to give their opinion on the voicenote that was leaked from a WhatsApp group.