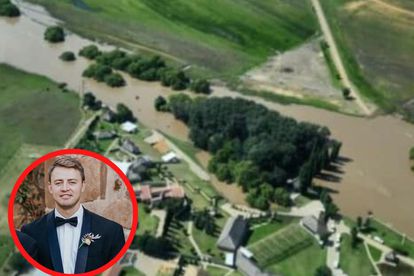 The body of the missing young man, Willem Kruger, was found in his submerged bakkie in the Vaal river on Tuesday afternoon.

Sakkie Louwrens from Bushveld Crime Investigations said the bakkie was found about 100 metres from the spot where they found bakkie tracks earlier.

The 29-year-old Willem went missing more than a week ago when he left Morgenzon in Mpumalanga. He never reached his destination in Groblersdal in Limpopo.

Family, friends, and loved ones gathered for a prayer session on Friday evening to pray for the safe return of the missing young man, Willem Kruger.

A SPECIAL PRAYER SESSION WAS HELD FOR WILLEM KRUGER

The prayer session was held on the farm of Willem’s father-  TKB (Tian Kruger Boerdery).

WILLEM KRUGER WENT MISSING MORE THAN A WEEK AGO

He was last seen attending a bachelor’s party. A large-scale search was launched around the Vaal River near the lodge after footage from the lodge’s security cameras confirmed that Willem did not leaving the premises.

On Monday afternoon, watercrafts were searching the water with police diving teams from Nelspruit and Middelburg on the scene.

His worried family and friends had shared photos of him and his white Toyota Hilux (Dakar) double-cabin bakkie (FBH 948 L) on social media in the hope that someone with information could help locate him and his vehicle.

These posts are currently being shared widely on social media.

According to information on social media, Willem attended the bachelor’s party at Henbase Lodge between Morgenzon and Amersfoort.

ALSO READ: Husband beaten to death in front of wife at party outside Dullstroom – Report

Do you have a news tip-off? If you have any news stories or tip-offs for us, or if you have video footage or links, we would love to hear from you. Please WhatsApp your photos to  060 011 0211. Please remember to include your name, surname, and as many details and information as you have. You are, of course, welcome to send anonymous tips and information.

The ‘Cat’ is out: Deputy President David Mabuza reportedly resigns