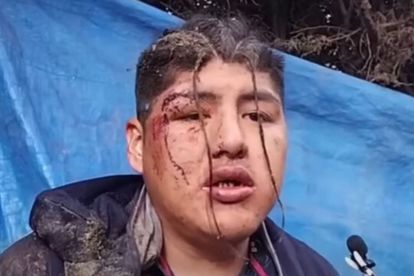 Victor Hugo Mica Alvarez says he was buried alive while he was passed out drunk at a party. PHOTO: The Mind Unleashed

Victor Hugo Mica Alvarez says he was buried alive while he was passed out drunk at a party. PHOTO: The Mind Unleashed

Imagine going to a festival to have a good time but after passing out intoxicated, you find yourself buried inside a coffin.

BOLIVIAN MAN BURIED IN A COFFIN AFTER PARTY

This is what happened to a Bolivian man, who managed to escape the unexpected and traumatising experience.

Victor Hugo Mica Alvarez, 30, had been enjoying drinks the night before the Mother Earth festival. As a tour guide, he attended the party, stating he was having a good time ahead of the festival opening in El Alto.

This festival is where thousands attend to worship Pachamama, the goddess of earth and fertility.

What Victor didn’t know is that he would be chosen as this year’s sacrifice, also called ‘sullu’. Victor would be offered to the “Earth” by the festival goers, reports state.

He only realised this when he snapped out of the intoxication because he needed to use the toilet.

“The only thing I remember is that I thought I was in my bed. I wanted to get up to go urinate and I couldn’t move,” a confused Victor told the media.

HOW VICTOR MANAGED TO ESCAPE THE LIVE BURIAL

With scratches, bits of blood on his forehead and dirt in his messy hair, Victor described how he managed to get out. He woke up to find himself in Achacachi, Bolivia, around 80km from where he passed out drunk.

He described the harrowing journey of crawling and digging his way out of the buried coffin.

Speaking out of breath, a perplexed Victor said those who buried him wanted to use him as the ‘sullu’ for this year’s festival.

But this whole experience has left him traumatised. Speaking to the media on Thursday, his mother said her son struggles to sleep since he made his escape.

“He is traumatised. At night, my son cries, screams and talks like crazy. He sleeps all the time. He told me that it seems that he was in Achachila, just on a pampa and that he got up,” she said.

But the police apparently did not believe him. After trying to report the matter, Victor says the police just dismissed his claims, claiming they said he was too drunk.