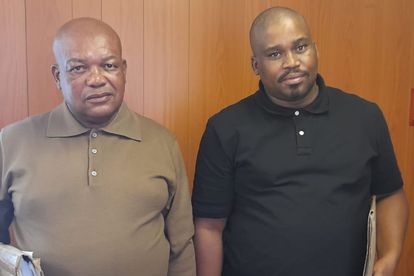 George Motsamai Ntlheng (48) was sentenced at the Rustenburg Regional Court for murdering his estranged wife Boitumelo Daphney Molabatsi (36) and her friend Emelda Matsho (38).

The court heard that on that fateful day of the murder, Monday 4 March 2019, Ntlheng followed his estranged wife, who was unaware of him following her, to a friend’s house.

“While his estrabged wife was inside the house waiting for her friend, Ntlheng attacked her with a knife. He stabbed her multiple times, leading to her death.”

Ntlheng then proceeded to the house of his estranged wife’s alleged boyfriend.

Mokgadi said when Ntlheng got to the house, the alleged boyfriend managed to escape.

Ntleng subsequently killed Matsho, who was a friend to his estranged wife and happened to be at the property at the time.

“Both women were brutally stabbed to death with a knife by Ntlheng.”

The Boitekong police were notified of the murders and Ntlheng was traced and arrested the same night.

Warrant Officer Richard Mfaladi of Boitekong detectives was assigned as the Investigating Officer and he successfully opposed bail in Court numerous times.

Mokgadi said they welcome the sentence given to the estranged wife and her friend’s murderer.

Meanwhile, a 31-year-old Mamelodi East man recently abandoned his bail application at the Mamelodi Magistrate’s Court, facing a charge of attempted murder on an eight-year-old girl.

“The man and the mother of the minor are in a relationship. It is alleged that on 24 April 2022, the couple had gone to a funeral, where an argument broke between them.”

Mahanjana said while the mother of the minor had gone to a nearby car wash, the accused went to a house where she stayed, to try and work things out.

He found the minor with her grandmother and it is alleged that the accused used a butcher knife he found in the kitchen to cut the child.

During the court appearance, a petition containing 98 signatures of community members demanding the accused not to be released on bail was submitted in court.

ALSO READ: Not In My Name to oppose bail for Mamelodi man who slit girl’s throat