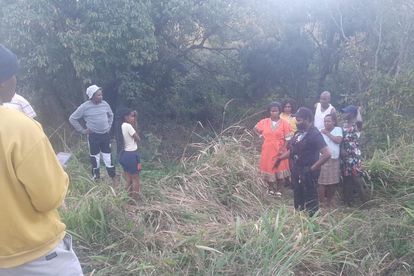 Human skeletal remains partially dressed in red pajamas were discovered in a field on Tuesday.

THE HUMAN SKELETAL REMAINS WERE FOUND BY HERDSMAN

According to Reaction Unit SA (RUSA) spokesperson Prem Balram, reaction Officers were dispatched to the area after a herdsman made the discovery.

ALSO READ: KZN police officer hailed a HERO after he was killed outside daughter’s school

“On arrival, members of the community led Officers several hundred meters on foot through dense vegetation and down a steep cliff where the remains were located.

“The identity or sex of the deceased could not be confirmed due to the extent of the decomposition. The skeleton was dressed in red pajamas pants,” Balram said.

He furthermore said that due to the extreme terrain and darkness, it was decided on Tuesday evening that the remains would be recovered at first light on Wednesday.

NOR THE IDENTITY OR SEX OF THE DECEASED COULD BE CONFIRMED

Meanwhile, on Monday, members of Reaction Unit South were called out to a property in Hazelmere in KwaZulu-Natal at approximately 18:06.

This comes after a woman was found unresponsive in her room.

“On arrival, RUSA Medics examined the woman and found that she showed no signs of life. According to her relatives, the woman d arrived from work on Monday morning and locked herself in her rented room.

THE WOMAN WAS FOUND LYING NAKED ON THE FLOOR

‘They decided to conduct a wellness check this afternoon and discovered her lying naked on the floor. They broke the door and entered the room before contacting RUSA for assistance.”

Balram said circumstances leading up to her death were not yet established.

ALSO READ: Four MAJOR changes for WhatsApp that you need to know about