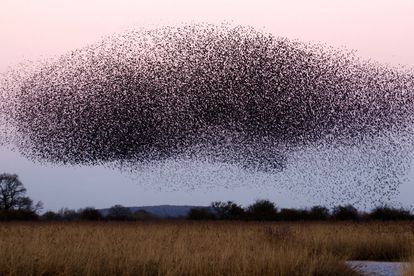 The largest plague of locusts over the last decades has ravaged SA for over R80 million. Photo: Unsplash/James Wainscoat

The largest plague of locusts over the last decades has ravaged SA for over R80 million. Photo: Unsplash/James Wainscoat

In what felt like a Biblical retelling, swarms of brown locusts have plagued farms across SA. Agriculture Minister Thoko Didiza revealed this week that the winged menaces ravaging crops have cost the department over R80 million.

HEAVY FLOODS AND SWARMS OF LOCUSTS

Didiza says that her department has already spent R80 million on staving off the foe with insecticides.

“This locust outbreak is the highest in decades as continuous rain is falling in the Karoo and nearby areas. The wind is also playing a role in migrating the swarms to the areas where it was never been such as the garden route area in the Western Cape and in citrus farms of Kirkwood and Patensie in the Eastern Cape. It had affected the veld, grazing lands, crops, roads, railway lines and was further reported in towns and residential areas,”

Squadrons of ground teams are deployed in the provinces where 1 200 controllers are appointed, and two helicopters are currently doing aerial sprayings in typically difficult to reach and inaccessible areas as well as where there are huge locust outbreaks.

The R80 million in the locust control program has been spent on the procurement of insecticide, including the spraying pumps, protective clothing, payments to controllers and aerial spraying.

A Joint Operation Committee (JOC) was formulated by the Department of Agriculture. It is scheduled to have weekly meetings to discuss updates on the locusts, control issues and solutions.

So far the Western Cape has contributed R5 million to assist in the locust control programme.