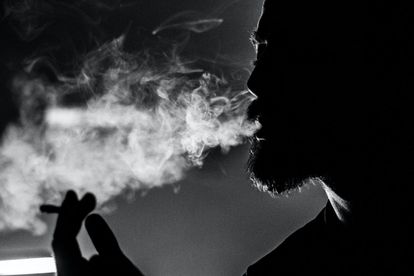 Although the smoke of SA’s tobacco ban cleared 18-months ago, illicit cigarettes continue their stranglehold on the industry. According to international market researcher, Ipsos, the black market’s sales has surged.

Back in the dark days when the Covid-19 pandemic touched down on local shores, a National State of Disaster was implemented that was accompanied by a tobacco ban.

It became nearly-impossible to legally secure stock of cigarettes as regulations embolstered by the Disaster Management Act prohibited the sale of tobacco products. This left citizens scrambling to secure their fix, a craving the illicit cigarette trade was more than happy to sate.

The prohibition began on 27 March and ended on 18 August 2020. However, 18-months later and the black market’s stranglehold tightens.

According to Ipsos, four out of five stores in the Western Cape now sell cigarettes below the Minimum Collectible Tax (MCT) rate of R22.79 per pack, as do almost 70% of outlets in Gauteng, a significant increase compared to previous research.

The survey further read that the number of garage forecourts across the country selling illicit cigarettes has quadrupled in the last year.

“A single pack of 20 cigarettes is now on sale for as little as R7 in many retail outlets nationwide. This is less than a third of the MCT…Products bearing trademarks licensed to or owned by Gold Leaf Tobacco Corporation and Carnilinx,”

This is the fifth study conducted by the multinational company and it took place from 2 March to 21 March and focused in on 4 593 nationwide retail outlets. Mystery shoppers were asked to buy the cheapest cigarettes available at an outlet.

It was gleaned that the vast majority of stores in hotspot provinces sold cigarettes below the MCT, proving that the manufacturers could not have paid due taxes on these products.

The hotspots included the Western Cape (79%), the Free State (74%) and Gauteng (69%) as having the most active markets for illicit cigarettes.

The South African Revenue Services (SARS) MCT refers to the minimum amount of tax owed to the revenue service by a tobacco manufacturer per pack of 20 cigarettes.

The current MCT is calculated at R22.79, which does not include production costs, nor profit for the manufacturer. Cigarette packs that sell for less than the MCT should be considered illegal, as this means the manufacturer has not paid the minimum amount of duties to SARS

“These criminals are hiding in plain sight, robbing the fiscus of vital revenue when it is needed most. They are destroying legitimate businesses and jobs while national unemployment rates hit record highs. Tax-evading cigarettes have been allowed onto South Africa’s shop shelves for far too long. They are depriving the fiscus of more than R19 billion a year,”