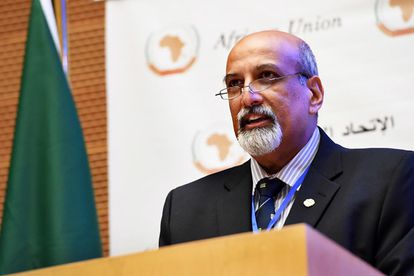 The fifth wave of the Covid-19 pandemic in SA was likely to happen in May with a new variant as the cause. Photo: Flickr/GovernmentZA

The fifth wave of the Covid-19 pandemic in SA was likely to happen in May with a new variant as the cause. Photo: Flickr/GovernmentZA

The lockdown, which many have considered detrimental and unconstitutional, was officially ended on Monday evening by President Cyril Ramaphosa. However, the pandemic has not ended with predictions that the fifth wave will hit in May with a new Covid-19 variant.

WHY END THE LOCKDOWN?

The country endured 750 days of the gruelling siege on SA’s “normalcy” under the National State of Disaster lockdown. Many economic sectors from felt the lockdown’s clean slice that bled revenue and mounted losses. Livelihoods and lives were lost but Ramaphosa said there is no doubt the government’s response was necessary.

The pandemic will thus be combated by means of the National Health Act where draft Health Regulations have been published for public comment that closes on 16 April. The comments will be considered, then new regulations will be finalised and announced.

READ MORE: Just in: State of Disaster COMES TO AN END – but there are caveats…

Abdool Karim, form chair of the Covid-19 ministerial advisory committee on Covid-19, explained that at this current stage in the country after each of the past three waves, cases had drastically reduced.

“They come down to about 1 000 per day and have stayed low for the approximately three-month inter-wave period. This pattern is being followed well after the fourth wave in SA,”

The omicron (B.1.1.529) variant has sublineages that are referred to as BA.1, BA.2, and BA.3. Subsequent sublineages will follow suit.

According to global trends the post-BA.1 omicron blip caused mostly by BA.2 has settled just as it had done in SA and cases are now back on the decline.

Are we currently living in the calm before the next storm or has the limit to Covid-19’s beneficial mutations been reached?

Abdool Karim said it was vital to note that some countries like Hong Kong and China are still dealing with the tail-end of the previous omicron storm.

“While I am hoping for the virus to have lost its ability to confer advantageous mutations, I am expecting the current lull will likely be shattered in about a month’s time in SA but for this to happen, there has to be a new variant!”

PI – THE NEXT VARIANT OF CONCERN

Pi is the next letter in the Greek alphabet after omicron so if a new variant of concern were to be declared by the World Health Organisation this would be its name.

Abdool Karim explained that omicron generates quite good immunity to itself and to the delta.

“So viruses that share antigenic structure with these two viruses may have difficulty escaping immunity but the two new variants that have been reported to be spreading are BA.4 and deltacron. BA.4 seems to be a recombination of BA.1 and BA.3 plus some additional mutations. Similarly, deltacron has been reported from several countries but it does not seem to have the ability to become a fully-fledged variant of concern. I don’t think we should be concerned about these two,”

It was more likely that a different Covid-19 variant will become Pi.

Abdool Karim said it will have to be more transmissible because if it isn’t, it will not be able to out-compete and replace omicron.

“Transmissibility trumps all else. The virulence and the severity of Pi will be dependent on viral characteristics and immunity gained naturally and from vaccines. So, enjoy the next few weeks of low transmission across most countries in the world, just in case it does not last much beyond early May.”