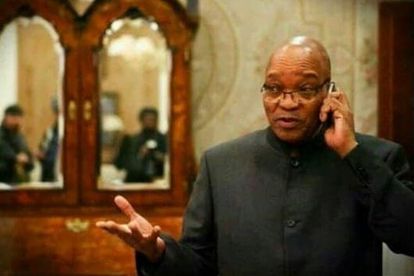 The Constitutional Court has spoken and Zuma has to pay back the money for Nkandla. The court found Zuma failed to uphold, defend and respect the Constitution in the Nkandla case.

Besides having to pay back an amount determined by the National Treasury within 45 days, Zuma faced further punishment from South Africans on Twitter.

You know when your dad calls you by your full name, you’re basically screwed. #ConCourt

The #Concourt has spoken. How will #Zuma now pay back the money? pic.twitter.com/LR7Gn87gRb

45 days to pay back the money.
Hint: you can get a loan from @Capitec in less time……just saying…. #ConCourt pic.twitter.com/yql0NHUsbf

‘Mr President, you do know this means Pravin will decide how much you pay back?’ #Nkandla #ConCourt pic.twitter.com/fmS2WtVTrz

Seems the Rand reacting positively to the #ConCourt judgement, improved during reading from R14.91 to $ to R14.80 – from R15.20 yesterday

When the verdict was given, the rand gained strength..it’s not SA that other countries lack confidence in, it’s Jacob Zuma #ConCourt

Where is the Twitter Nkandla Defence Force? #ConCourt pic.twitter.com/yv9noeFczD